The wildfire has been raging in the municipality of Oleiros since last afternoon but it has now spread to two neighbouring municipalities and has already forced the precautionary evacuation of several people.

A 21-year-old firefighter died in a road accident on Saturday evening while fighting the fire and six others were injured.

“I would like to send a word of solidarity, encouragement and thanks to the firefighters ... for the work they do for Portugal and for all of us,” Prime Minister Antonio Costa said in a statement.

Luis Belo Costa, commander from the Castelo Branco district, where the affected municipalities are located, told a news conference on Sunday morning that several houses were at risk as the fire raged near isolated villages.

“There were houses hit by the flames,” Belo Costa said, adding it was still too early to say how long it would take to bring the fire under control.

“People were evacuated but most have already returned to their homes.”

The fires are small compared with a massive fire that hit the region in June 2017, killing 66 people and injuring more than 250.

European Union data shows that Portugal is one of the bloc’s worst-hit countries by fires every year.

One of the root causes of its frequent wildfires is that parts of the country’s interior are deserted as people have left to live in cities or abroad, and the job of clearing trees and bushes is ignored, creating a fire risk. — Reuters

These were the details of the news Hundreds of firefighters battle central Portugal blaze for this day. We hope that we have succeeded by giving you the full details and information. To follow all our news, you can subscribe to the alerts system or to one of our different systems to provide you with all that is new.

PREV Pope Francis lands in northern Iraq’s Mosul
NEXT Myanmar cracked down brutally on protests. It may get worse. 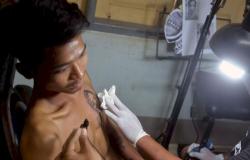 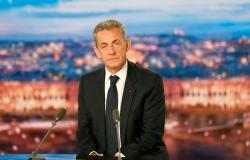