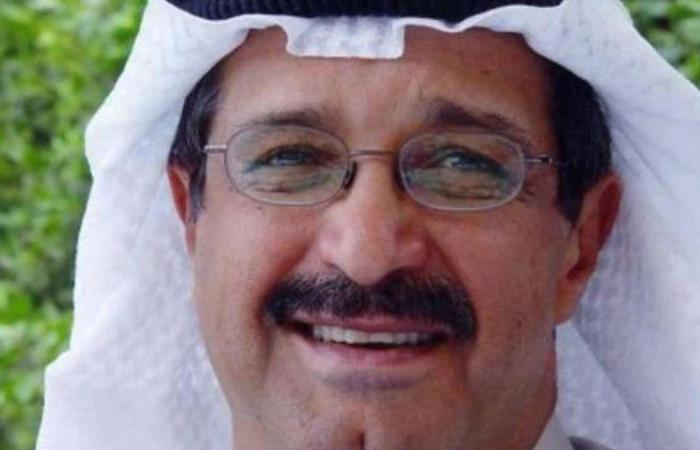 Fahad Al Rajaan, 71, is the central figure of a legal battle being fought in London over seven schemes that were allegedly used to siphon hundreds of millions of dollars from the fund during years of kickbacks and secret commissions.

Al Rajaan is one of 37 defendants in the civil case but two private banks that are also accused say the case should be heard in Switzerland, where most of the deals took place.

The Kuwaiti fund, the Public Institution for Social Security, wants the case to be heard in London where Al Rajaan, the fund's former director general, would give “extensive witness evidence”.

The fund said he would not appear in Switzerland because of the risk of arrest.

He fled to Britain in 2014 but faces prison if he returns to Kuwait after being found guilty in absentia two years later of embezzling the fund. He was sentenced to 10 years in prison.

Papers filed for a hearing this week at London’s High Court suggested he also faces arrest if he travels to Switzerland, where he and his wife face charges of embezzlement, misappropriation of funds and money laundering.

Al Rajaan was arrested in London in April 2017 on a request from Kuwait. An order was made for his extradition but he claimed asylum, saying he was a victim of a politically inspired vendetta, which effectively delayed the move.

Sources close to Al Rajaan said there was no ongoing legal action to try to send him back to Kuwait.

Since the extradition attempt, Al Rajaan and his wife, Muna Al Wazzan, were convicted at a second trial in Kuwait, sentenced to life in prison and fined a combined $311m, according to legal papers filed by one of the banks.

The couple are believed to be living in a five-bedroom serviced apartment in Knightsbridge, close to the upmarket Harrods department store and in an area of some of the most expensive properties in the UK. It was bought for £6.7m (Dh31.2m) in 2006.

The former bank chairman and public servant has been living an “extraordinarily lavish lifestyle”, spending at least $210m in the past 30 years, a judge said last month. Al Rajaan, who is accused of receiving more than $500m, is said to have assets in countries such as Switzerland, Bahrain, Lebanon, the US, Singapore and Lichtenstein.

The fund continues to pursue him through the civil courts in the UK and has filed a case in London against Al Rajaan, his wife, Swiss private banks, financiers and middle men, whom the fund claims were complicit in the alleged crimes.

But two of the private banks, Pictet and Mirabaud, are among 10 defendants arguing in the UK’s High Court this week that the case should be heard in Geneva, Switzerland, rather than in London.

The fund alleges that Al Rajaan controlled tens of billions of dollars that were sent to investment houses on behalf of the Kuwaiti pension fund but pocketed a slice of the commission using middlemen and siphoned it through offshore accounts.

Banks acted dishonestly by paying the “secret commissions” and by routing the money to disguise where it was going, according to documents filed by the fund. It said the operation used fake names and documents.

A judge in the UK issued a worldwide freezing order last year after finding that the schemes adopted “concealment and subterfuge on a grand scale”.

Al Rajaan accepted that he received the money but denies that he has done anything wrong.

He claimed that the allegations against him were “politically motivated and groundless” and senior Cabinet ministers in Kuwait knew he was receiving money from the investment companies.

He is not involved in the efforts to shift the case from London.

The two banks have denied wrongdoing and said that Swiss banking secrecy rules meant they were unable to properly defend themselves in London.

Pictet said the case should be heard in Switzerland because the only witnesses with links to London were Al Rajaan and his wife, and most of the relevant bank accounts and documents were in Geneva. It said a deal had been struck with the fund to settle any disputes in Switzerland.

Mirabaud said it would “vigorously” defend the allegations against the bank and said the fund was aware of the so-called secret commissions.

The fund is also suing other companies including Man Group, an investment manager, and private Swiss banks EFG International and Union Bancaire Privee.

These were the details of the news Kuwaiti banker faces arrest in Switzerland over $850m probe for this day. We hope that we have succeeded by giving you the full details and information. To follow all our news, you can subscribe to the alerts system or to one of our different systems to provide you with all that is new.