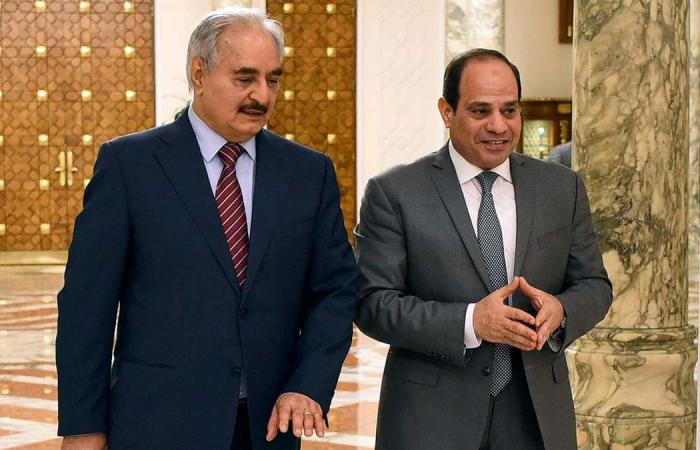 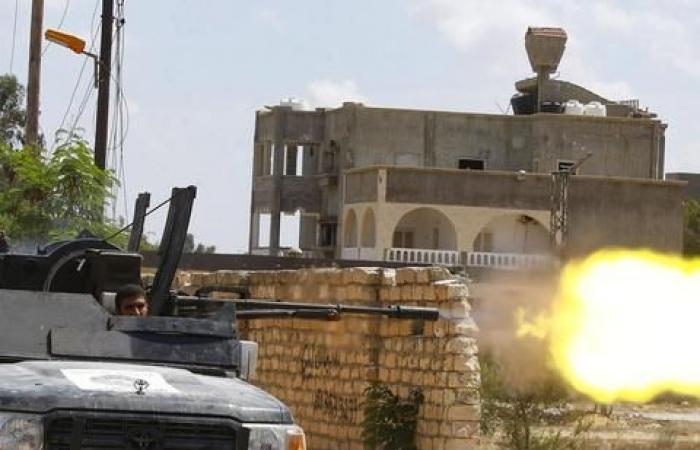 Hind Al Soulia - Riyadh - Egypt’s parliament voted on Monday to authorise the deployment of troops abroad in defence of the country’s national security, a move that could set the stage for a proxy war in neighbouring Libya between regional enemies Egypt and Turkey.

A statement by the 596-seat chamber made no direct mention of Libya, but used language that clearly indicated that the decision was meant for the vast, energy-rich North African star. It said the 510 MPs present voted unanimously in support of the resolution.

"The armed forces and its leadership have a legal and constitutional license to decide the time and place for their response against these threats," said the statement, alluding to what it called "criminal and armed militias and foreign terrorist elements."

It said the authorisation for deploying troops abroad would be valid until their mission is completed.

Egypt and Turkey have been at odds for years, with Cairo accusing the Nato member of destabilising the region. They support rival parties in the Libyan conflict.

With minutes left before the day’s session began, the Egyptian presidency said US President Donald Trump spoke to President Abdel Fatah El Sisi on the phone, asking that no action is taken to escalate the situation in Libya and that efforts must continue to cement a shaky ceasefire between the warring parties.

If the Egyptian military deploys in Libya, it would be the first time that Cairo sends troops abroad on a combat mission since its participation in the 1991 liberation of Kuwait by a US-led coalition. The previous foreign deployment was in the 1960s when Egyptian troops fought on the side of republicans in Yemen’s civil war, a conflict that quickly turned into a quagmire, depleting the Egyptian military and setting the stage for its disastrous defeat in the 1967 Arab-Israeli war.

Monday’s vote followed last week’s move by the parliament in Libya’s eastern region, which Cairo recognises as Libya’s only legitimate seat of power, to invite military intervention by Egypt if both Cairo and the chamber agree that such action was needed.

It follows a meeting on Sunday by Egypt’s top security body, the National Security Council, that was chaired by Mr El Sisi and attended by the defence minister and top military commanders as well as others. The council, according to an official statement, reviewed the situation in Libya and the dispute with Ethiopia over a massive dam it’s building on the Nile.

Libya has descended into deadly chaos following a 2011 uprising that toppled and killed longtime dictator Muammar Gaddafi, with the east and west of the country ruled by rival administrations backed by armed militiamen. Field Marshal Khalifa Haftar, leader of the Libyan National Army (LNA) and who is supported by Egypt and others, marched on Tripoli last year with the intention of toppling the UN- backed Government of National Accord there.

However, the territorial gains won by the LNA early in its 15-month campaign were rolled back after Turkey deployed thousands of Syrian mercenaries, armed drones and military advisers on the side of the Tripoli government. The GNA is now adamant to retake the coastal city of Sirte, something that Mr El Sisi described as a “red line” for Egypt.

With Monday’s vote and that of the Libyan chamber, Egypt now has the political mandate and legitimacy it needs to go into Libya to prevent Turkey and its allied militias from advancing eastward toward Libya’s oil region and the rest of the country’s eastern region, home of the LNA.

President El Sisi is a general-turned-president who has continued to be closely involved in the affairs of the military after he retired from active service and ran for president in 2014. He won a second term in 2018 and, after constitutional amendments last year, can stay in office until 2030 if he selects to seek re-election in 2024.

In televised comments last week, he said the Egyptian armed forces had the capability to go into Libya and swiftly change the course of the war, boasting that his country has the strongest military in the region and Africa. That, in theory, is true, given the billions of dollars’ worth of cutting-edge weapons that the Egyptian leader has procured since taking office. These included submarines, high-seas troop carriers equipped with assault helicopters and state of the art jet fighters.

Mr El Sisi, whose security forces have for years been battling homegrown militants in Sinai, has said that the presence of armed extremist groups in Libya presented a threat to Egypt’s national security and that his country would not stand idly by if the threat moves closer to its porous desert border with Libya.

Egyptian security forces and minority Christians traveling to remote desert monasteries have been targeted in recent years in deadly attacks that Cairo blamed on Libyan-based militants, prompting Egypt to invest heavily to monitor its 1,200-km border with its western neighbour.

Analysts, however, warn that a potentially protracted and unwinnable war in Libya is what could be in store for the Egyptians if they move to the frontlines against the Turkish-backed forces loyal to the GNA. Moreover, they said Egypt’s military intervention could tempt Turkey to expand its foothold in Libya and persuade Qatar, another enemy of Cairo, to spend more bankrolling Egypt’s enemies there.

But they also held out the possibility that Egyptian troops would cross into Libya, fan out in the eastern region and protect the oil region but not advance westward to the frontlines around the coastal city of Sirte while relying heavily on air power to pin down enemy forces.

Some commentators, however, are counselling caution and patience while the country is gripped by a nationalist narrative and a belligerent tone, with segments of the media egging Mr El Sisi on to go into Libya and strike the Ethiopian dam before it’s filled.

“The calls to go to war in Libya must be toned down and we must stop pressuring the decision-maker (Mr El Sisi). Those behind these calls must realise that war is generally not a picnic,” analyst Suleiman Goudah wrote in the daily Masry El Youm over the weekend.

“If this applies to us going to war in any direction, it’s much more apt applying to a war in Libya,” he said, pointing out that the red line stretching between Sirte and the oasis town of Jufra that Mr El Sisi spoke about is 1,000 kilometres west of the Egyptian border.

These were the details of the news Egypt parliament votes for possible troop deployment in Libya for this day. We hope that we have succeeded by giving you the full details and information. To follow all our news, you can subscribe to the alerts system or to one of our different systems to provide you with all that is new.