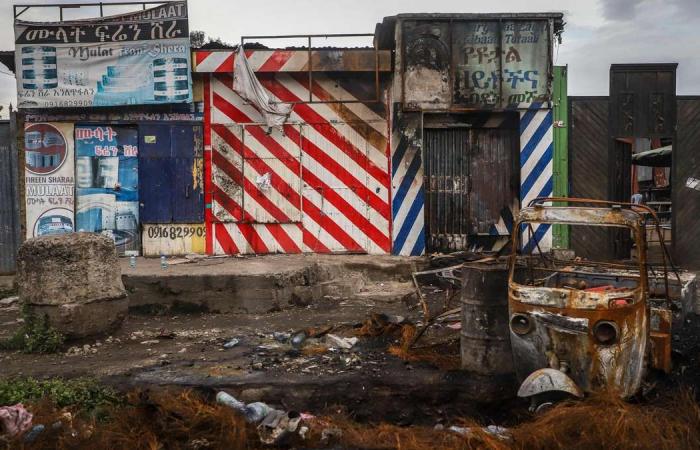 Hind Al Soulia - Riyadh - As Ethiopia emerges from its biggest uprising in three years, questions are being raised over rising ethnic tensions and dubious government actions.

The unrest was sparked by the June 29 killing of Hachalu Hundessa, a political singer from the Oromo ethnic group – which makes up around 35 per cent of Ethiopia’s population – who had a large following among Oromo youth.

The ensuing violence claimed the lives of over 230 people and displaced over 10,000 people in the Oromia region of the country. Media reports described non-ethnic Oromos being threatened and valiant attempts by Oromo people to protect their targeted neighbours and their businesses.

Less than six hours after the death of the artist, two resorts belonging to famed Olympian Haile Gebreselassie worth over ETB400 million (Dh41m), in the towns of Ziway and Shashemene, were burned by angry protesters, in addition to a livestock farm he owned. The properties were destroyed, some speculated, after Mr Gebreselassie was accused of not being an Oromo.

"We lost all of these properties," Melakmu Mekonnen, Director of Haile Hotel and Resorts. "The protesters destroyed them and it seemed it was intentional and pre-planned."

Most Oromo-owned businesses were left alone, however.

Ethiopia has been experiencing ethnic tensions that have claimed the lives of thousands of civilians over the last two years. In some areas, including Arsi Zone of Oromia, mob groups have set upon non-Oromo groups, said Girma Gelan, the Deputy Police Commissioner of Oromia.

"Religious based attacks were evident in East Arsi Zone where 35 people were killed," said Mr Gelan.

Archbishop of West Arsi, Abune Henok, said some had taken the protests as an opportunity to launch an organised attack on orthodox Christians.

In Shashemene and Bale, towns in Addis Ababa, hotels, factories and buildings were destroyed by angry protesters.

Over 297 vehicles were burnt in Oromia, a region which curls through the centre of Ethiopia from north to south, while another 30 were destroyed in the capital. East African Bottling Companies, bottler of Coca Cola, and Dangote Cement were among the large corporations whose vehicles were damaged while transporting their products within Oromia.

"Everything seems pre-planned and our properties were damaged based on a list given by someone who was sponsoring the violence," said an investor in Shashemene who has lost over ETB100 million-worth of assets.

Amid the blooming chaos, the government suspended internet access across much of the country. It was only two weeks into the uprising that images of burnt-out properties and destruction began to surface online. Much of the country remains cut off or with very little access to the internet.

In a letter to the Ethiopian government, human rights organisations including internet rights group Access Now, denounced the government for shutting down the internet.

“Internet shutdowns during such critical times not only violate people’s fundamental rights to express themselves and access information, but also cultivates a state of confusion and panic,” the letter read.

“We reiterate that internet shutdowns only escalate crises and allow authorities to hide atrocities that take place during these blackout periods.”

Once described as one of the fastest growing economies in the region, the nation of more than 100 million people has experienced lukewarm success in attracting foreign investment while continuing to rely on the support of China, which is credited with the building of much of the recent infrastructures across the nation.

This comes as the Horn of Africa nation faces internal displacement of millions of its population, the issues of famine continues to be a lingering issue along with the Covid-19 pandemic as well as the controversial decision to postpone its much anticipated national election that was planned for next month.

Ethiopia's attorney general said that two men had confessed to killing Hachalu Hundessa as part of a plot to topple Prime Minister Abiy Ahmed's government. Mr Ahmed is the first Oromo Prime Minister in the country's history and has made progressive reforms since assuming power after the shock resignation of his predecessor Hailemariam Desalegn in 2018.

These were the details of the news Ethnic violence rages in Ethiopia but world blinded by internet shut-off for this day. We hope that we have succeeded by giving you the full details and information. To follow all our news, you can subscribe to the alerts system or to one of our different systems to provide you with all that is new.