Turkey sent up to 3,800 fighters to Libya, Pentagon report says 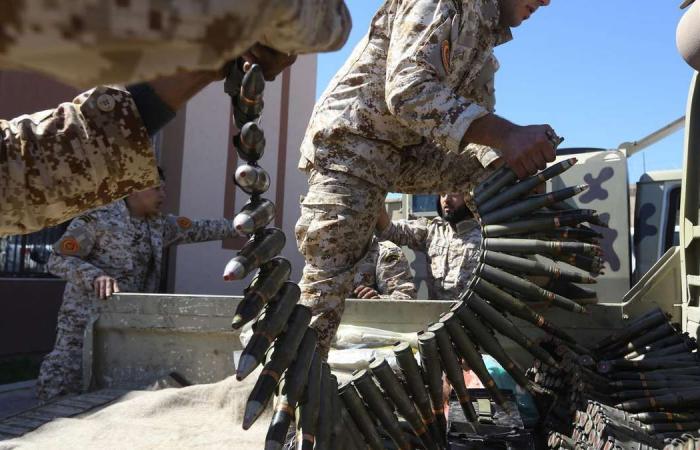 Thank you for your reading and interest in the news Turkey sent up to 3,800 fighters to Libya, Pentagon report says and now with details

Hind Al Soulia - Riyadh - Turkey sent between 3,500 and 3,800 paid Syrian fighters to Libya over the first three months of the year, the US Defense Department's inspector general concluded in a new report, its first to detail Turkish deployments in Libya's war.

The quarterly report on counterterrorism operations in Africa by the Pentagon's internal watchdog, published on Thursday, says Turkey paid and offered citizenship to thousands of mercenaries fighting alongside Tripoli-based militias against troops of east Libya-based Field Marshall Khalifa Haftar.

Despite widespread reports of the fighters' extremist links, the report says the US military found no evidence to suggest the mercenaries were affiliated with ISIS or Al Qaeda. It says they were "very likely" motivated by generous financial packages rather than ideology or politics.

The report covers only the first quarter of the year, until the end of March — two months before a string of Turkish-backed victories by the Tripoli forces drove Field Marshall Haftar's army from the capital's suburbs, its stronghold at Tarhuna and a key western airbase.

The latest report says the Turkish deployments likely increased ahead of the Tripoli forces' triumphs in late May. It cites the US Africa Command as saying that 300 Turkish-supported Syrian rebels landed in Libya in early April. Turkey also deployed an "unknown number" of Turkish soldiers during the first months of the year, the inspector general adds.

To the consternation of regional rivals and Nato allies like France, Turkey is staking its hopes for greater leverage in the eastern Mediterranean on the UN-recognised government in Tripoli.

The warring sides are mobilising now around the edges of Sirte, a strategic gateway to Libya's central and eastern oil crescent, where most of the country's production of 1.2 million barrels a day is located.

Egypt, which shares a porous desert border with Libya, has threatened to intervene militarily if Turkish-backed forces try to seize Sirte. On Thursday, Egyptian President Abdel Fatah El Sisi hosted dozens of tribal leaders loyal to Field Marshal Haftar in Cairo, where he repeated that Egypt will "not stand idly by in the face of moves that pose a direct threat to security."

Military tensions increased further this week after the collapse of a deal to end the blockade of Libyan oil fields, which has deprived the country of its most important economic resource and the National Oil Corporation of over $7 billion in revenue.

On Friday, the National Oil Corporation warned that international powers were pulling the country toward an escalation likely to extend to the oil and gas facilities. A "large number" of foreign mercenaries are occupying oil installations, most recently Libya's largest port of Es Sidra, the corporation said.

These were the details of the news Turkey sent up to 3,800 fighters to Libya, Pentagon report says for this day. We hope that we have succeeded by giving you the full details and information. To follow all our news, you can subscribe to the alerts system or to one of our different systems to provide you with all that is new.