Why Turkey insists on beating the drums of war? Is Libya first ..? 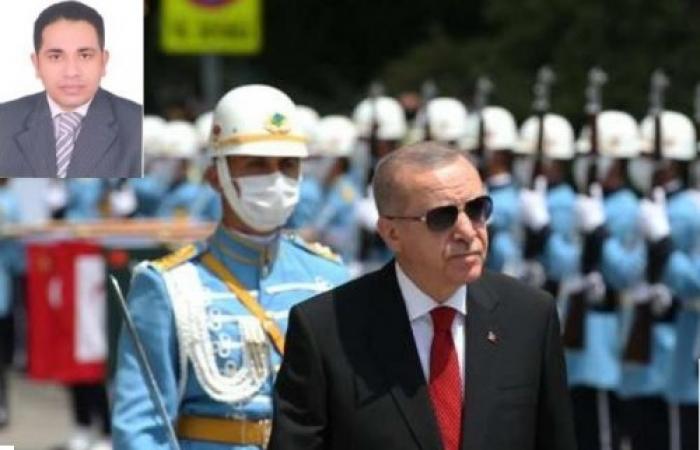 - Hamdi Nasr - In a statement to Turkish Foreign Minister Mevlüt Çavuşoglu, the Libyan army withdrew from Sirte and Al-Jafra and handed them over to the Al-Wefaq government is a prerequisite for the shooting and the start of talks and that his country will support the Al-Wefaq forces if it decides to launch a military military attack in those areas.
This statement came after the military maneuver carried out by the Egyptian army on the western borders and the statement in which President Sisi announced that the Jafra Sirte line is a red line and a national security for Egypt.
So why is the Turkish administration seeking to rent the conflict in Libya and ignite the war in the region?
The truth is that the Turkish president not only aspires to the fortunes of Libya or the Arab region Waf, but also extends to entering the African continent from the Libyan portal and he is trying hard to rebuild the imperial glory of the Ottoman state on the ruins of fragmented and weak countries, and this is not evidenced by his excavation on the Libyan coast just to agree with The expired Al-Sarraj government, which no longer represents the Libyan people after the end of the agreed period for its existence, and then its demand to seize the Libyan oil crescent World War on the Libyan National Army, meaning that the Libyan National Army delivers the country's oil wealth until it is safe from the military attack on it.
Turkey has requested the establishment of military bases in both Tunisia and Algeria, which the two countries categorically rejected, and called on both heads of Arab states to demand a presidential council from the tribes to represent and rightfully the Libyan people.
The international understanding of the Egyptian position and its concerns about the presence of armed militias on the outskirts of the country is a logical matter that the world understands and understands, as the matter is justifiable, so the armed militias supported by the Turkish army and armed groups transported by air and sea to Libya in thousands are an explicit threat to the Egyptian national security, which may push the army Al-Masry to respond to this threat.
Some of us may look at the matter from the angle that there is another threat from the south and it has not been answered with the same force or the same decisive way, but the matter is not upright with various different issues, some of them. Weapon, which could push it to attack the Egyptian lands. If it managed from the Libyan West, chaos and devastation would spread throughout the Egyptian state, while the threat from the south, which was unable to diplomatic escalation to the Security Council and the African Organization, and there are solutions that might be proposed or might be reached by peace or otherwise. The solutions in any other form that the Egyptian state may see, and this is not traditional from the matter of this file, but for every point of view and method of dealing that varies according to the proposed, possible and targeted, and every country has many files that it expects in one.

The Egyptian state is the last of the steadfast ones, and some of its brothers stand next to it, but the targeted sedition is great and dangerous. Tearing Syria, Iraq, Yemen, and Libya and plunging the Arab countries into internal conflicts is what is intended. A portion of it has been achieved in a few years. If the Arab states do not hold together and join forces with that plan, they will meet on it. Predators from every direction, the most important of which are the frontier countries, Iran, on the one hand, and Turkey, on the other.