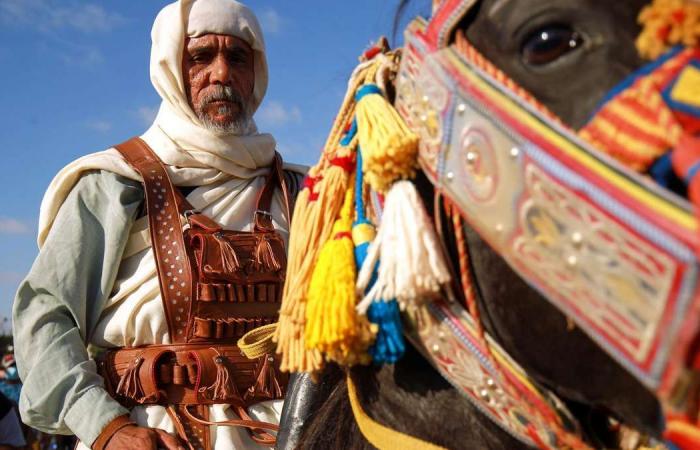 Hind Al Soulia - Riyadh - A senior Gulf Cooperation Council official has called the failure to appoint a new UN special envoy for the Libyan conflict unacceptable and suggested that a new appointee should be jointly chosen with the European Union and the Arab League.

Abdelaziz Aluwaisheq, the GCC assistant secretary general for political and negotiation affairs, told a panel in Brussels that while there is broad international and regional consensus on a peace process, there has been less progress among Libyans themselves.

Ghassan Salame, the UN Secretary General's special envoy, resigned in early March citing the stress of the undertaking and Stephanie Williams, his American deputy, has fulfilled the role in a caretaker capacity. Mr Aluwaisheq said failure to make a new fully fledged appointment had been costly for the country as Turkey broadened its intervention.

"You can't have a diplomatic vacuum in a hotspot like this that has created an opening for unilateral action that has been seized on by Turkey," he said. "Frequently when the UN takes over it doesn't work as closely as it could with regional actors. The next, hopefully more experienced, UN mediator should take these considerations into account."

The shift in the focus of the battlefield has since shifted from the capital Tripoli to the city of Sirte, which is the gateway to the oil crescent that grants control of the country's natural resources wealth.

Participants in the forum organised by the Brussels-based Bussola Institute included Rosamaria Gili, the head of the MENA division of the European External Action Service, who was critical of the deterioration in the conflict in the wake of the Berlin Conference on Libya in January.

Mr Aluwaisheq also reiterated support for the conference and said its suggestions of a federal way forward for Libya was endorsed last month by the Arab League,.

"The Cairo declaration endorse and builds on the Berlin conference," he said. "We need to think of a federal system. It may be the most complicating factor is how to deal with the oil wealth. The Iraqis made oil a federal issue maybe that is something that the Libyans have top think about."

While Turkey has backed the Government of National Accord in Tripoli and has supplied weapons and extremist fighters from the Syrian battlefield, it's intervention has seen robbed the negotiations of any momentum. Those talks had began in earnest at a meeting between rival sides represented by Field Marshal Khalifa Haftar and Fayez Al Sarraj of the GNC in the UAE in early 2019.

"We believe in the centrality of Berlin and the Berlin set up," she told the Webinar. "The only way to move things forward is to push the parties to sit down and resume the talks, starting from a ceasefire which is no doubt more difficult to get than it was a month ago.

"At the European level we had put a lot of hope in Berlin and now we see six months down the line more interference."

Abdullah Khaled Al Saud, an analyst at the Naif Arab University for Security Sciences, told the panel that Turkey had introduced an ideological aspect to the conflict as sought a foothold in the struggle for control of resources in the Mediterranean basis. That had changed the basis of the post Muammar Gaddafi civil war that had ebbed and flowed since 2011.

"Turkey feels it can create a new reality on the ground and that's a very dangerous thing," he said.

These were the details of the news GCC pushes for appointment of joint Libya international envoy after UN failures for this day. We hope that we have succeeded by giving you the full details and information. To follow all our news, you can subscribe to the alerts system or to one of our different systems to provide you with all that is new.