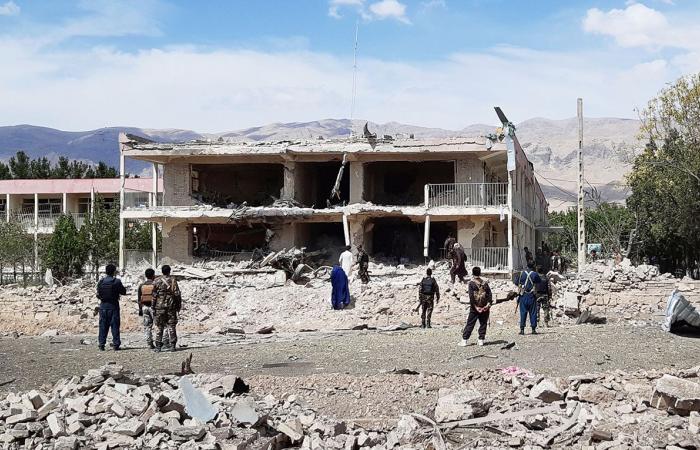 Jeddah - Yasmine El Tohamy - KABUL: A Taliban commando-style strike on the headquarters of an Afghan intelligence agency on Monday was the first attack by the group since the signing of a historic peace deal with the US in February this year.

The attack in Aybak, the capital of Samangan province, began with the detonation of a car bomb, followed by heavy gunfire on the agency’s compound, which is next to several government buildings, a lawmaker told Arab News.

Sediq Azizi, a spokesman for Samangan’s governor, said: “There has been an exchange of fire for several hours now. We do not know officially if there are any fatalities, but we think there will be some.”

Abdul Khalilz Mosadeq, chairperson of the provincial health department, told reporters on Monday that more 50 people, including civilians and security forces, had been brought to one hospital in the province, which lies around 300 km along a highway linking Kabul and the rest of the northern region.

An anonymous security source told Arab News that officials in the intelligence department had been killed in the attack.

Zabihuallah Mujahid, a Taliban spokesman, said in a message that the group was behind the attack on the compound.

“This department was responsible for horrors and raids against civilians in northern provinces. Heavy fighting is going on, and so far 70 intelligence officials have been killed and wounded,” he said.

The attack was the first conducted by the Taliban since the signing of a deal with the US in Qatar in late February this year. The group committed to halting major attacks in exchange for the complete withdrawal of US troops from Afghanistan by next spring.

The Afghan government has complained that the Taliban have stepped up attacks against local forces, with officials warning on Sunday that the escalation of raids could damage the twice-delayed peace talks.

The Taliban accuse Kabul of failing to release 5,000 prisoners, a condition of the peace agreement. The group said it creates a roadblock for future dialogue.

The Qatar accord pushes for intra-Afghan talks between the Taliban, political figures and government officials to decide the political structure of the country, as part of an effort to end the decades-old conflict.

Hours after Monday’s attack, Shah Hussein Murtazawi, an adviser to President Ashraf Ghani, warned that the Taliban had lost the opportunity of staging peace talks.

“The Taliban, through the crime in Samangan, have closed the door for peace,” he said.

Shafiq Haqpal, an analyst, said accusations by Ghani’s government and the Taliban will cause a further delay in talks.

“There has been much mistrust between the two sides already, and the latest developments may cause more lack of trust and also delays in beginning the peace process,” he told Arab News.

These were the details of the news Major Taliban strike threatens pact with US for this day. We hope that we have succeeded by giving you the full details and information. To follow all our news, you can subscribe to the alerts system or to one of our different systems to provide you with all that is new.