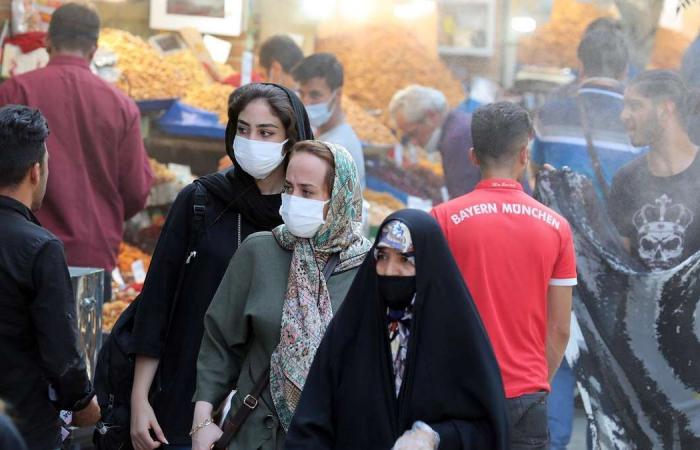 Thank you for your reading and interest in the news Middle East faces ‘scary’ uptick in Covid-19 deaths, expert says and now with details

Hind Al Soulia - Riyadh - One of the Middle East’s top epidemiologists, Dr Ali Mokdad, has warned of sharp increases in coronavirus deaths between now and November and said more lockdowns may be necessary across the region.

At an online briefing on Monday, Dr Mokdad, director of Middle Eastern Initiatives at the University of Washington’s Institute for Health Metrics and Evaluation, projected that the region’s worst-hit countries will have seen 160,000 Covid-19 deaths by November 1.

According to the institute’s projections, Iran’s death toll would grow from about 13,000 currently to 62,000 by November, while Egypt’s fatalities would rise from about 4,000 to more than 50,000.

“These projections are scary in many ways but what I want people to know is we can prevent that mortality,” Dr Mokdad, who previously worked with the United States Centres for Disease Control and Prevention, told an online event of the Atlantic Council, a think tank.

Lockdowns, social distancing and near-universal mask-wearing could slow the pathogen’s spread and reduce death rates, added Dr Mokdad. Widespread use of masks would keep Egypt’s death toll down to 14,000, according to his projection.

Dr Mokdad said that government lockdowns across the region beginning in March had been effective. Since then, however, people have been “letting down their guard” and spreading the virus by socialising without masks, he added.

“We have to be ready for another lockdown, and we have to prepare the public for that scenario, basically telling people to be ready with two weeks of necessities at home, so that if we have to lock down, we can do it effectively,” added Dr Mokdad.

Iranian President Hassan Rouhani on Saturday called for weddings, funeral parties and other big gatherings to be banned in the face of a sharp rise in coronavirus infections emerging since officials began relaxing the country’s lockdown in mid-April.

Saudi Arabia has said it will hold only a "very limited" Hajj later this month due to the coronavirus pandemic, with only those living inside the kingdom allowed to take part in the annual Muslim pilgrimage.

In war-ravaged Yemen, Dr Mokdad said the UN-backed government in the south had been “overwhelmed” by the virus while the Iran-backed Houthi rebel administration in the north was “not acknowledging there is even a Covid-19 problem”.

Dr Mokdad said that policymakers in some countries had been “hiding numbers” of coronavirus infection rates and death tolls when they should instead have been building trust among their populations.

Speaking at the same session, Dr Lina AbiRafeh, executive director of the Arab Institute for Women, a rights organisation, said that women and girls across the Middle East were being hit hard by the pandemic.

During lockdowns, women with violent partners had been forced to spend more time in their dangerous homes. Women often struggled to see doctors, while incidents of trafficking, child marriage and female general mutilation had all shot up.

“We’re talking about something that has amplified all of the problems that we’ve had before that we just brushed under the table and never adequately addressed,” said Dr AbiRafeh, whose group is part of the Lebanese American University.

As the number of Covid-19 cases grew across the Middle East, the International Monetary Fund (IMF) on Monday projected a deeper recession for a region that has been hit hard by falling oil prices and reductions in foreign investment.

The IMF now sees the economies of the Middle East and Central Asia shrinking by 4.7 per cent this year — some 2 percentage points lower than the fund’s forecast in April.

Dr Mokdad’s coronavirus projections for the Middle East were released amid growing concerns that, while coronavirus was being beaten back in some regions, infection rates continued to rise steadily in others.

On Monday, the World Health Organisation’s director general Tedros Adhanom Ghebreyesus said that strict healthcare rules were being ignored, and that “too many countries are headed in the wrong direction”.

Global infections stand at 13 million, with more than half a million deaths.

These were the details of the news Middle East faces ‘scary’ uptick in Covid-19 deaths, expert says for this day. We hope that we have succeeded by giving you the full details and information. To follow all our news, you can subscribe to the alerts system or to one of our different systems to provide you with all that is new.