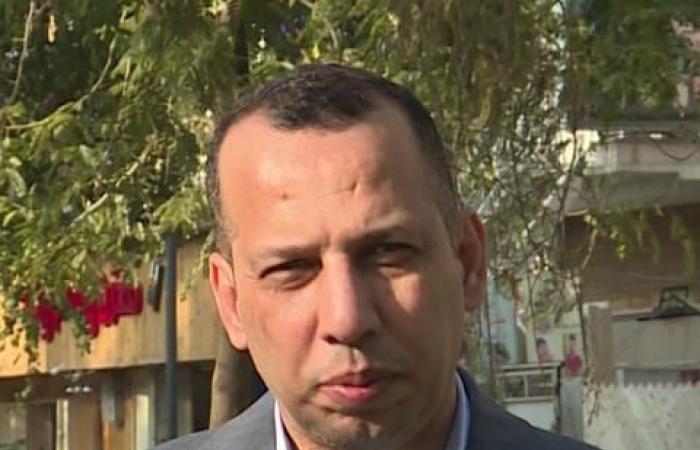 Hind Al Soulia - Riyadh - Iraqi activists insist they will continue their fight for justice despite the killing of prominent scholar Husham Al Hashimi that experts say shows a heightened risk to those who dare to speak up in the country.

“We will take extra precautions but it will not stop us – actually his death has empowered us to fight ever harder,” said Inas Jabber, a humanitarian activist from Baghdad.

Ms Inad is a vocal supporter of Iraq’s mass protest movement to demand better public services and an end to corruption, as well changes to the political system and end to Iranian involvement in Iraqi politics. Hundreds of people have been killed and thousands arrested in a state crackdown on the protests.

“We have sacrificed a lot of blood and will not stop, regardless of the repercussions,” Ms Jabber told The National. “Yes, we are fearful of what their response will be, what their revenge will be, but we will continue to fight for justice.”

Ms Jabber said Al Hashimi’s assassination was a strike against those brave enough to challenge the system. Although the constitution guarantees freedom of expression and speech, his death was “proof that we don’t have that right in Iraq”.

“So the least the state can do is offer security for us as activists, civil rights workers, academics and protesters.”

Gunmen killed Al Hashimi outside his home in Baghdad on July 6, sending shockwaves across Iraq and the world. He was an authoritative voice on Al Qaeda, ISIS and Iran-backed armed groups that operate in Iraq as part of the state-sanctioned Popular Mobilisation Forces (PMF). Government officials, diplomats and journalists all sought his insights on these topics.

The killing was an “ugly crime” committed against an honest and righteous man, said Suhaila Al Assam, a human rights activist from Baghdad.

“It is painful beyond words. He was a man who fought for a peaceful Iraq. Our movement will not stop; we will get justice for his murder,” she told The National.

Ms Al Assam said she expected more assassinations to take place if the government did not rein in armed militias.

“Blood will be spilt on the streets and killings will be against those who are loyal to their country, want the best for Iraq, and especially if their voices represent freedom and justice,” she said.

Al Hashimi was also a close adviser to Prime Minister Mustafa Al Kadhimi, who has taken a tougher stance against rogue elements of the PMF since he took office in May.

Although he reportedly told friends of receiving death threats from militia groups in recent months, many thought his high profile and close relations with the political class, as well as the role he played as a mediator between various Iraqi factions, would give him the protection he needed.

But his assassination showed that "even when the prime minister is your friend you're not safe", said Renad Mansour, a close friend of Al Hashimi and head of the Iraq Initiative at Chatham House in London.

“Those who killed him sent a message to the prime minister that power isn't only in that side of the state,” Mr Mansour told The National.

The killing of Iranian general Qassem Suleimani and PMF leader Abu Mahdi Al Muhandis in a US drone strike in Baghdad in January had changed the political dynamics of the country, he said.

“Abu Mahdi had met with Husham and I several times and he had a strategy to centralise the Hashed, in a way to make sure that no rogue elements would affect the strategy he had,” Mr Mansour said.

He said the killing of Al Muhandis had meant that "we don’t know who is calling the shots" in the Iraqi militias and the situation would become even more dangerous.

“Tragically Husham is the victim in the new environment, he was the easiest to hit from that side; he wasn’t in the Green Zone and didn’t have protection," Mr Mansour said.

He told them the situation “has completely changed and violence is much more likely to be used in a targeted political way”, Mr Dodge told The National.

“He realised that he was under threat and had been since January but he thought that because he talked to all sides he could negotiate and avoid violence being directed at him,” he said.

“Al Muhandis was a friend of Husham and people who had been in meetings with both of them said Al Muhandis had a warm relationship with Husham.”

Mr Dodge said the killing of Al Muhandis, who led the Kataib Hezbollah militia, could have contributed to the assassination of Al Hashimi.

Supporters of Al Muhandis vowed to take revenge against the US and its allies after the drone strike. Their anger was heightened last month when Al Kadhimi's government ordered a raid on a Kataib Hezbollah warehouse in which 14 people were detained on suspicion of involvement in rocket attacks on US targets in Iraq.

There has been speculation among Iraqis that Al Hashimi was killed because of his association with the prime minister, who is backed by the US.

Mr Dodge said the assassination was a sign that “violence is being used in a much more indiscriminate way” in Iraq.

Sajad Jiyad, a Baghdad-based political analyst, said the killing had only added to Iraq’s poor record of protecting people who are critical of power elements and groups.

“Husham didn’t say anything that was wrong, he was just speaking his mind, and pointing out where the problems are in the Iraqi state. He was saying things that many Iraqis agreed with,” Mr Jiyad told The National.

His death “outraged many people ... you can’t kill someone just because you have a view or opinion", he said.

"Husham didn't harm anyone, didn’t do anything.”

Now there is concern that “if you say something that displeases people then you can be killed”, he said.

These were the details of the news Iraqi rights activists vow to keep fighting despite killing of respected scholar for this day. We hope that we have succeeded by giving you the full details and information. To follow all our news, you can subscribe to the alerts system or to one of our different systems to provide you with all that is new.