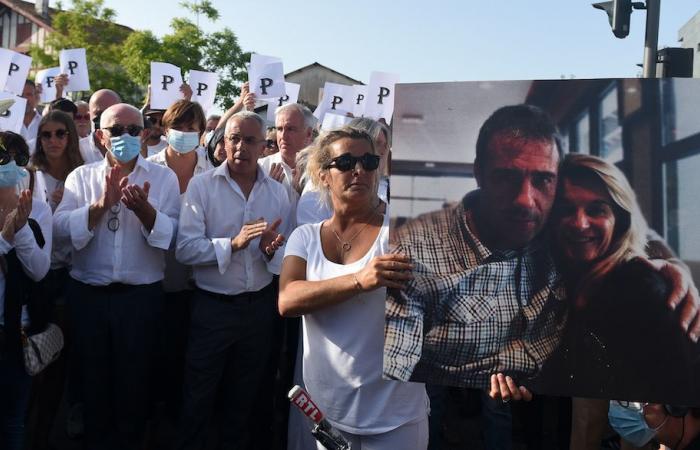 Philippe Monguillot, 59, died in hospital, his daughter Marie said. “We decided to let him go. The doctors were in favour and we were as well,” she said.

Monguillot was attacked in the southwestern town of Bayonne on Sunday after he asked three passengers to wear masks — in line with coronavirus rules across France — and tried to check another man’s ticket.

Two men have been charged with attempted murder, two others with non-assistance to a person in danger and another with attempting to hide a suspect, the local prosecutor’s office said.

The two charged with attempted murder are aged 22 and 23. They were previously known to the police.

Bayonne prosecutor Jerome Bourrier, who confirmed the driver had died, told AFP that he would ask for the charges to be changed to take into account his death.

The driver’s family had organised a silent march in his honour on Wednesday, departing from the bus stop where the assault took place.

His colleagues used their right to refuse to work in the aftermath of the attack but will resume work on Monday under reinforced security, the local operator said.

This will include a security agent aboard the so-called Trambus, long buses which ply through Bayonne and its surrounding area in the usually peaceful Basque country.

Interior Minister Gerald Darmanin is due to travel to Bayonne today to discuss the security situation and meet the drivers. — AFP

These were the details of the news French bus driver dies after virus masks attack for this day. We hope that we have succeeded by giving you the full details and information. To follow all our news, you can subscribe to the alerts system or to one of our different systems to provide you with all that is new.