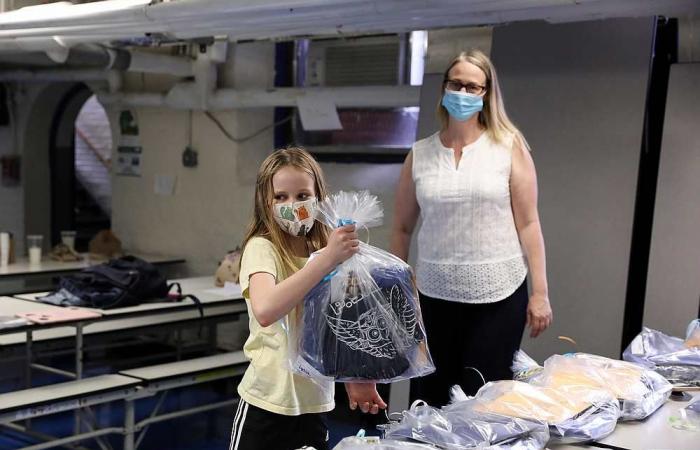 WASHINGTON, July 8 — US President Donald Trump said yesterday he would pressure state governors to open schools in the fall, despite a surge in coronavirus cases across the country that have prompted some local officials to pause or scale back reopening plans.

Speaking at a White House event to discuss reopening of schools, Trump, who is seeking re-election in November, said some people wanted to keep schools closed for political reasons.

“No way, so we're very much going to put pressure on governors and everybody else to open the schools,” Trump said, adding that both parents and their children want this.

The White House invited more than two dozen education and health officials from across the United States to discuss how to safely reopen schools.

The discussions were held as Missouri, Oklahoma and Montana reported record daily infections, and some Florida hospitals said their intensive care units were filling up.

Trump, a Republican, acknowledged that there were rising coronavirus infections in some states, but said that the mortality rate had dropped sharply, adding that young people who contract the virus “do extraordinarily well.”

“It's time to be open, it's time to stay open and we will put out the fires as they come,” he said of infections.

Trump criticised Harvard University's decision on Monday to conduct all classes online for the 2020-2021 academic year.

“I think it's ridiculous, I think it's an easy way out and I think they ought to be ashamed of themselves,” Trump said.

Business and conservative groups have urged reopening schools safely as important to getting parents back to work and reviving the U.S. economy.

Educators say socialisation and other benefits such as school food programs are critically important. Experts have also shown online learning exacerbates the divide between poorer and more wealthy Americans, who have greater access to technology.

But the alarming surge in cases in the United States, especially among younger people, has raised concerns about the increased risk of spread by children to vulnerable adults at home as well as to older teachers and school staff.

Centers for Disease Control and Prevention Director Robert Redfield said in one of the White House forums that school reopenings will need to take place in the continued presence of the coronavirus, but proper safety measures can be taken. He noted that the CDC never recommended closing schools.

“We need to reopen the schools. We can do this safely. We need to commit to it and we need just to get it done,” Redfield said

The White House events were short on specific instructions for how to open. Tennessee Department of Health Commissioner Lisa Piercey said it would take “a lot of hand sanitiser,” handwashing soap and personal protective equipment.

Florida, a Republican-led state, on Monday issued a sweeping executive order for children to return to school this fall, despite the sharply rising new Covid-19 cases and hospitalisations there.

Asked about Florida, a senior administration official told reporters that “these are state and local decisions at the end of the day, and we are confident that state and local leaders across the country are taking these decisions very seriously.”

Michigan Governor Gretchen Whitmer, a Democrat, said it was too soon to decide on schools given the nature of the resurgent outbreak.

If Trump wants schools to reopen, he should call for masks to be worn nationwide, she told CNN, calling mask wearing “a simple, cost-effective” solution to mitigate virus spread. — Reuters

These were the details of the news Trump vows to push governors to reopen schools as pandemic surges for this day. We hope that we have succeeded by giving you the full details and information. To follow all our news, you can subscribe to the alerts system or to one of our different systems to provide you with all that is new.

PREV As China tensions soar, US embraces Taiwan with visit, but cautiously
NEXT British MP Craig Whittaker accused of racism after blaming Muslims and minorities for new coronavirus lockdown