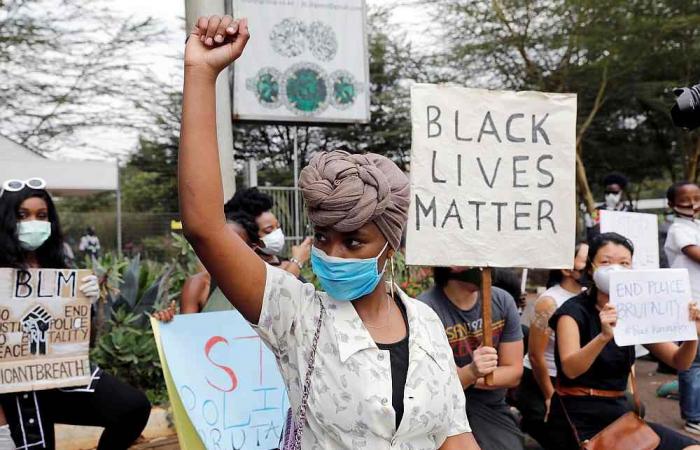 NAIROBI, July 7 — Kenyan protesters set a police station on fire after an officer allegedly shot and killed a man for hawking fake hand sanitizer, according to a police report seen by Reuters yesterday.

The officer is now in custody, according to the report.

The police officer fired his weapon after a verbal argument with the man selling the counterfeit product in an open-air market in Kisii County, western Kenya, on Sunday, the report said.

After the shooting, protesters quickly descended on the police station, throwing rocks and setting bonfires, damaging the station and nearby vehicles.

Fourteen police officers were injured and protesters dispersed after an “unquantified number of live and blank ammunitions were used,” the report said.

Accusations of police brutality are common in Kenya. Since the coronavirus outbreak, multiple cases of alleged police violence towards lockdown violators have been reported.

In March, in the first 10 days of a curfew to curb the coronavirus, at least six people were killed, according to rights group Human Rights Watch. — Reuters

These were the details of the news Kenyan protesters set fire to police station after killing for this day. We hope that we have succeeded by giving you the full details and information. To follow all our news, you can subscribe to the alerts system or to one of our different systems to provide you with all that is new.