Why are hundreds of elephants mysteriously dying in Botswana? 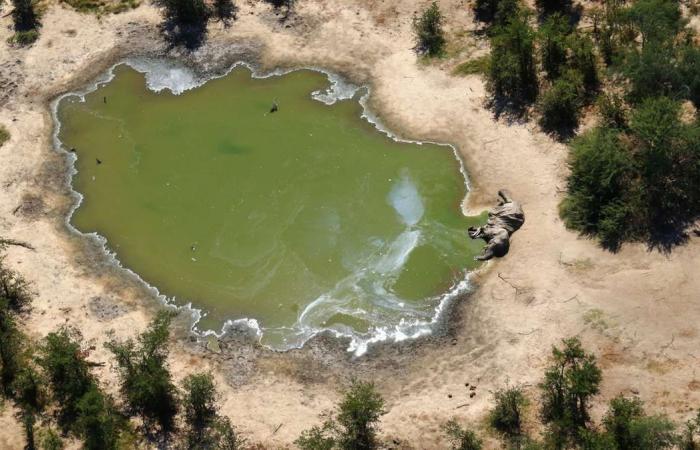 Thank you for your reading and interest in the news Why are hundreds of elephants mysteriously dying in Botswana? and now with details

Botswana is home to a third of Africa's elephants, and there are concerns that whatever is causing the deaths, first recorded in May, could affect animals in neighbouring countries.

Following are some theories as to what could be behind the unexplained deaths.

The government and conservationists ruled out poaching at an early stage because the carcasses have been found intact, with their tusks on.

Africa's overall elephant population is declining due to poaching, but Botswana has been an exception, with elephant numbers growing to 130,000 from 80,000 in the late 1990s.

Poachers sometimes use poisons like cyanide to kill elephants before removing their tusks for ivory. But scavenging animals do not appear to be dying near the carcasses, which would be a sign that poison was to blame.

Anthrax, an infectious disease caused by spore-forming bacteria, sometimes affects wildlife in Botswana. But government veterinary experts say samples taken from the dead animals in the Okavango Panhandle did not contain traces of anthrax.

Another possible cause could be algal blooms, which can make water toxic to large animals.

As many as 70 per cent of the dead elephants have been found clustered near watering holes. But other animals do not seem to be dying in large numbers.

Drought is a common cause of death in arid parts of southern Africa, but it has rained in the Okavango Panhandle in recent months, and researchers who have visited the area say there is ample water.

Conservationists have speculated another pathogen - a known or novel virus or bacteria - could be at fault.

Researchers have reported seeing live elephants that are physically weakened or wandering in circles, an indication of neurological impairment. Some were found face down, which could indicate a sudden death.

The government says it has sent samples from dead animals to laboratories in Zimbabwe, South Africa and Canada for further tests.

These were the details of the news Why are hundreds of elephants mysteriously dying in Botswana? for this day. We hope that we have succeeded by giving you the full details and information. To follow all our news, you can subscribe to the alerts system or to one of our different systems to provide you with all that is new.