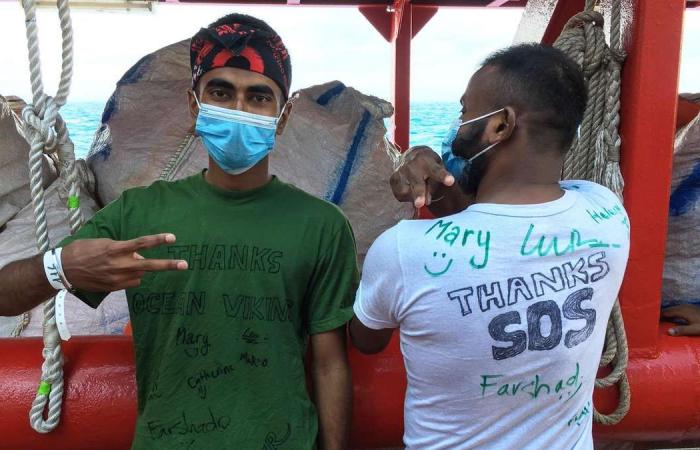 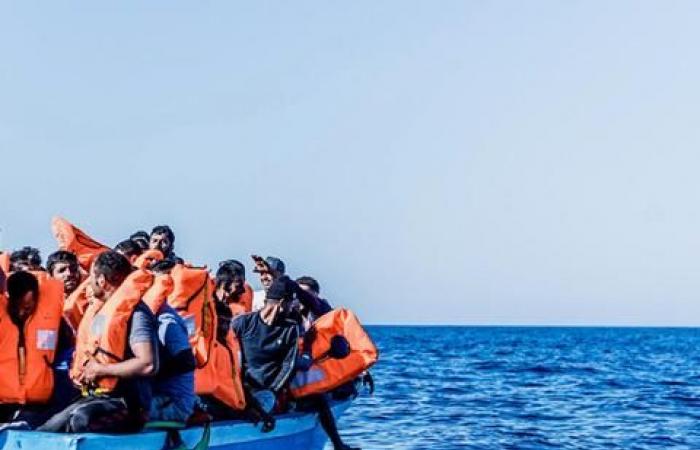 Hind Al Soulia - Riyadh - Scores of migrants rescued in poor physical and mental health while crossing the Mediterranean Sea will be allowed to land in Sicily, Italy confirmed on Sunday.

The 180 migrants have been stuck in cramped conditions on board the Ocean Viking as its operators tried and repeatedly failed for more than a week to be granted permission to land.

They were rescued in four operations as the Ocean Viking, operated by the SOS Mediterranee humanitarian charity, sailed between Italy to the north and Libya to the south.

"We have received instructions from the Italian maritime authorities to disembark those on board in Porto Empedocle," an SOS Mediterranee spokesman told AFP.

In the past week the Ocean Viking crew said there had been seven attempted suicides.

"Relief on the Ocean Viking as the ship has finally received instructions to proceed to Porto Empedocle, Sicily. The 180 survivors will be disembarked in the port on Monday," the crew said.

Rabiul, 27, from Bangladesh said: "We're very happy. We've come a long way, Libya was like hell and now at least we can see the end. I need to tell my family that I'm still alive.

The Ocean Viking is now heading for port where the migrants will be transferred to a government-chartered ship, the Moby Zaza, for 14 days of quarantine.

"I can confirm that they're authorised to move to the Moby Zaza, likely tomorrow morning," Italian Interior Ministry spokesman Dino Martirano said.

Emmanuel, 32, from Ghana, said: "Now, a second life is in front of us, after everything we went through in Libya.

"Thank you Italy for offering us a second life, and to SOS Mediterranee for saving the first."

The migrants include Libyans, Pakistanis and Eritreans, 25 children, and two women, one of whom is pregnant.

"Many of the survivors on board are in a state of acute mental distress, having experienced violence and abuse in Libya, oftentimes in arbitrary detention for extended periods of time, having just endured a near-death experience at sea and now being faced with the uncertainty about when and where they will be able disembark,” a spokeswoman told The National on Friday.

The Ocean Viking set sail from Marseille on June 22 and has been operating in the eastern Mediterranean north of Libya and south of Italy.

“We have heard from survivors how in a detention centre in Libya guards beat a survivor on his leg with a steel stick until they broke his foot,” said Frederic Penard, head of operations at SOS Mediterranee.

“Countless people have told us they tried to flee Libya several times, were intercepted by the Libyan coastguard at sea and brought back to detention in a never-ending vicious circle.”

These were the details of the news Italy gives Ocean Viking migrants permission to land after week of failed requests for this day. We hope that we have succeeded by giving you the full details and information. To follow all our news, you can subscribe to the alerts system or to one of our different systems to provide you with all that is new.