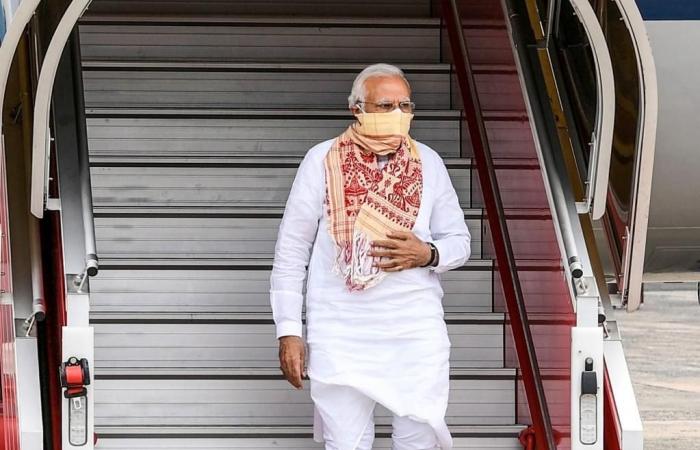 Jeddah - Yasmine El Tohamy - NEW DELHI/SRINAGAR, India: Indian Prime Minister Narendra Modi flew into the northern Himalayan region of Ladakh on Friday, officials said, weeks after Indian and Chinese troops clashed on their disputed border there, escalating tension between the Asian giants.
Modi, who has been under pressure to respond to what India deems Chinese incursions, met troops at a base in Ladakh’s Nimu area, pictures from Reuters partner ANI showed.
Officials said Modi was accompanied by the chief of defense staff, General Bipin Rawat, and the chief of the army, General Manoj Mukund Naravane.
India and China have traded blame for triggering the high-altitude brawl in the Galwan Valley on June 15, in which 20 Indian soldiers were killed and at least 76 were injured.
China has not disclosed how many casualties its troops suffered.
The nuclear-armed neighbors have amassed troops along the border, most of which remains disputed, and military and diplomatic talks are going on to de-escalate the confrontation.

These were the details of the news India’s Modi visits Himalayan border where troops clashed with China for this day. We hope that we have succeeded by giving you the full details and information. To follow all our news, you can subscribe to the alerts system or to one of our different systems to provide you with all that is new.