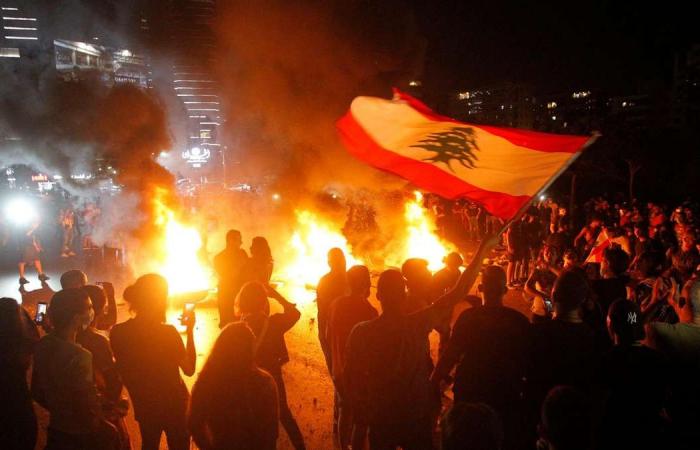 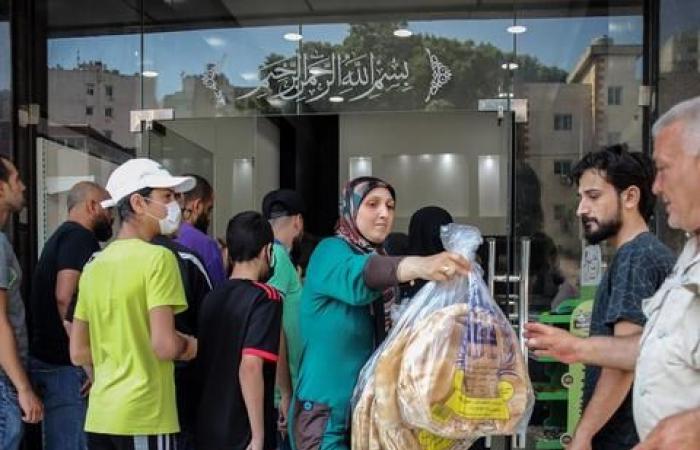 Hind Al Soulia - Riyadh - Political bickering and score-settling continues apace in Lebanon despite rapidly rising poverty and fears of a social explosion described by France on Wednesday as "alarming".

"The situation is alarming, with an economic, financial, social and humanitarian crisis now reinforced by the risks of the coronavirus," Mr Le Drian said. "The worsening social crisis ... risks increasing the risk of violence," raising the spectre of the Eastern Mediterranean country's 15-year civil war that ended in 1990.

He said the Lebanese government must implement reforms so that the international community could help the country. He would head to Beirut soon, he added, to make that clear to authorities

Beirut is already engaged in talks with the International Monetary Fund for an emergency lifeline to halt the collapsing economy. But, rather than progress, the efforts to salvage the country appear to be going in reverse.

The currency is officially pegged at about 1507 liras to the dollar but passed the 9,000 mark on the black market this week. Unemployment is rocketing as companies fold. Even venerable institutions such as the American University of Beirut is facing ruin and may be forced to lay off a quarter of its staff and close whole departments.

A country known across the Middle East for its glamorous lifestyle and commercial savoir-faire, now projects images of people begging on the streets, scavenging in the garbage for something to eat or trading furniture for food.

Several current and former Lebanese officials, diplomats, international officials, economists and analysts agreed that talks with the IMF to rescue Lebanon from an economic crisis are going nowhere. And time is running out.

Most of the sources say the political class grouped around sectarian, dynastic rulers, far from agreeing a joint approach, is still arguing for their own interests – and even whether Lebanon is really bankrupt.

Two members of Lebanon's negotiating team have quit in a month, both over what they described as attempts to massage huge financial losses set out in the government plan.

"They are not negotiating a [IMF] programme", says one senior source privy to the talks. "There's no [Lebanese] consensus on the diagnosis so what can they possibly negotiate?"

Lebanon, with a population of 6 million, is fast running out of dollars. The state, its revenues collapsing, is printing local currency to pay public employees – an estimated 800,000-strong state payroll padded by politicians.

"There is a real risk of explosion," says one top western diplomat, adding that a third of a million people had lost their jobs since October, when mass protests against the entrenched political class forced the government to resign.

Deadlock over numbers and reform

As a lockdown imposed to fight Covid-19 unwinds, outrage that fuelled last autumn's protests is resurging, angrier now and with fire-bomb attacks on banks – the biggest target of popular ire after the political elites with which they are closely entwined.

A new government finally took its place early this year. Although it was billed as technocratic, its members are all nominees of the sectarian power-brokers.

Alongside technocrats are party placemen, and critics say Prime Minister Hassan Diab is beholden to his patrons, foremost among them the powerful Iran-backed Hezbollah, its Christian allies headed by President Michel Aoun and the Shiite Amal party of Parliament Speaker Nabih Berri.

Ultimately, the country is bankrupt and is not going to be able to service all of its vast debt, much of which is held by its central bank and local lenders. But no one has come up with an agreed strategy to share out the losses among bank depositors, shareholders, foreign bondholders and the state.

The first challenge is accepting the size of the losses.

The IMF has endorsed government figures that suggest a shortfall of more than $90 billion (Dh 330.5 billion). But the banks, the central bank and members of parliament representing powerful political factions say it is only around half as big. Critics call that an accounting trick, based on a dubious exchange rate.

Mr Diab said in a statement on Tuesday that the government was committed to the figures in its plan. But political factions have lined up behind an effort to demand it lower its estimate of losses, in line with figures put forward by the central bank and banks.

Several sources said the IMF had tried to persuade the central bank to accept the higher numbers, but bank governor Riad Salameh was digging in his heels. Mr Salameh declined to comment and said he wasn't aware of such criticism.

A parliamentary fact-finding committee said on Wednesday it had calculated overall losses in the system at 60 trillion-122 trillion Lebanese lira, a range between a quarter and half the amount recognised by the government and accepted by the IMF.

"It's a big difference," said its chair, Ibrahim Kanaan of President Michel Aoun's Free Patriotic Movement, flanked by MPs from all of the other main political parties. "These are the options which I hope the government will study ... so we can go into the next phase, the negotiation phase, with one delegation and one vision."

The IMF declined to comment on its discussions with Lebanese delegations, but referred to earlier remarks, including that the government's original figures are "broadly in the right order of magnitude".

"It is incredible that a bunch of parliamentarians in a failed state are trying to question the expertise of the IMF," Mr Saidi, the ex-minister, said. "There is no way the IMF is going to accept it."

Nor will accepting the numbers be enough. Lebanon must also tackle the cause of the problem: unsustainable government spending handed out by politicians to reward their supporters.

The inflated public payroll and its costly pensions will have to be cut. First on almost everyone's list is Electricite du Liban (EdL), the state power utility, which loses about $2bn a year.

To even start an IMF negotiation, the government will need to make "anchor" reforms that it has so far ignored. Customs, now under party fiefdom, must be placed under regulatory authority; a single treasury account must be set up for expenditures and revenues at the finance ministry; exchange rates must be unified.

Not rising to the crisis

Since October, depositors have been largely denied access to their dollar accounts. About three-quarters of all deposits are in dollars and the central bank and successive governments have used the banking system to finance the state, in what critics say is a national equivalent to a Ponzi scheme.

The pound has lost over 80 per cent of its value since mass protests against the sectarian ruling oligarchy erupted last October. The social consequences have been terrible.

Lebanon's middle class is sinking. The World Bank estimated in 2019 that some 48 per cent of Lebanese lived below the poverty line.

Food prices have doubled and unemployment has forced many onto charity and food banks. And if the state runs out of the dollars it has been spending to subsidise bread, medicine and fuel – as it must sooner or later without foreign aid – Lebanon could face mass hunger.

For decades, foreign donors led by France, the United States and Britain with periodic injections from Gulf Arab states, have kept Lebanon afloat.

But they are no longer willing to bail it out without reform.

If the IMF walks away, Beirut should not expect a rescue from countries that have helped in the past.

"If this road [IMF] is closed all other roads will be shut", says the western diplomat. "They need to have real, verifiable reforms as required by the IMF, even if they are not perfect."

"No European or Gulf Arab country, much less America is coming to save Lebanon; Lebanese leaders should muster the will to rescue their country." - Additional reporting by Reuters

These were the details of the news Lebanon-IMF talks hit 'rock bottom' as France fears violence for this day. We hope that we have succeeded by giving you the full details and information. To follow all our news, you can subscribe to the alerts system or to one of our different systems to provide you with all that is new.

PREV Column: The Tokyo Olympics will go on, but in name only
NEXT Biden pressed on emissions goal as climate summit nears