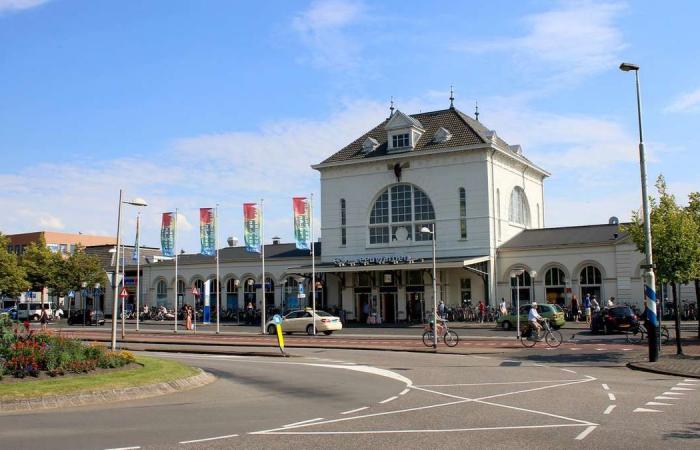 Thank you for your reading and interest in the news Iranian stabbed in Netherlands was previously targeted by Tehran, says brother and now with details

Hind Al Soulia - Riyadh - A former prominent Kurdish-Iranian figure is in a critical condition after being stabbed in the neck, stomach and chest in Holland, local media reported.

Sadegh Zarza, 64, is a former member of the leadership of the Democratic Party of Iranian Kurdistan, an armed exiled opposition group now based in northern Iraq. The attack took place on Saturday in the Dutch city of Leeuwarden.

His brother, Taher Zarza, told Leeuwarden Courant newspaper that Sadegh Zarza had been stabbed multiple times in an attempted assassination. Taher said that he suspects the operation was carried out by Iran and told the paper that the Dutch intelligence agency had previously foiled plots to kill his brother.

A 38-year-old man was arrested at the scene of the incident.

The Leeuwarden Courant reported that the incident happened after Sadegh received a call from an old acquaintance who asked him to help his son who was studying in Rotterdam. Sadegh agreed to meet the student at Leeuwarden train station where the suspect was waiting for him, holding a bouquet of flowers.

The paper quoted a whiteness saying, "When the victim arrived, he walked over to the car. They did not exchange any words; nothing. He immediately stabbed [him] through the passenger seat window."

Although he is in a critical condition, officials said that he is expected to recover.

News site Kurdistan24 reported that Sadegh Zarza was a KDPI commander for years, but fled to the Netherlands from Iran as a political refugee in 1986 after sustaining severe and permanently disabling injuries in a mortar attack.

The site also reported that Sadegh Zarza is the nephew of Abdulrahman Ghassemlou, another prominent Iranian Kurdish leader who was murdered in 1989 in Vienna by suspected Iranian assassins.

Iran has been accused of other attempted and successful extrajudicial killings overseas.

In January 2019, the European Union ordered sanctions against Iran after France, Denmark and the Netherlands said Tehran had plotted attacks in Europe, including political killings of Iranians living in the Netherlands in 2015 and 2017.

Tehran denied any involvement in the alleged attacks.

The latest incident comes a day after an Iranian judge who fled Tehran after being accused of corruption fell to his death from a hotel room in Bucharest.

Romanian police said an investigation was underway after a foreign national aged 52, who they identified as Gholamreza Mansouri, was found in the early afternoon.

The circumstances of his death are not yet clear, but the investigators' first lead is suicide, according to police sources.

Mansouri had been arrested last week in the Romanian capital on an Iranian extradition request but afterwards placed under judicial control, meaning he was banned from leaving the country and should regularly report to police. Mansouri was due to appear before a Romanian court on 10 July.

Mansouri was wanted in his homeland over alleged corruption within the country's judicial system amid reports he accepted more than Dh2 million in bribes.

Reporters Without Borders has accused him of torture and crimes against humanity following the 2013 detention of 20 journalists in Iran.

The pressure group filed a complaint with the public prosecutor general's office in Karlsruhe, Germany, on June 12.

The group had said at the time it believed Mansouri was "probably currently in Germany for medical treatment" and demanded his "immediate arrest."

"The regime was extremely concerned that in the event of a trial, Mansouri would reveal matters adversely affecting the mullahs", spokesman Shahin Gobadi told AFP.

These were the details of the news Iranian stabbed in Netherlands was previously targeted by Tehran, says brother for this day. We hope that we have succeeded by giving you the full details and information. To follow all our news, you can subscribe to the alerts system or to one of our different systems to provide you with all that is new.