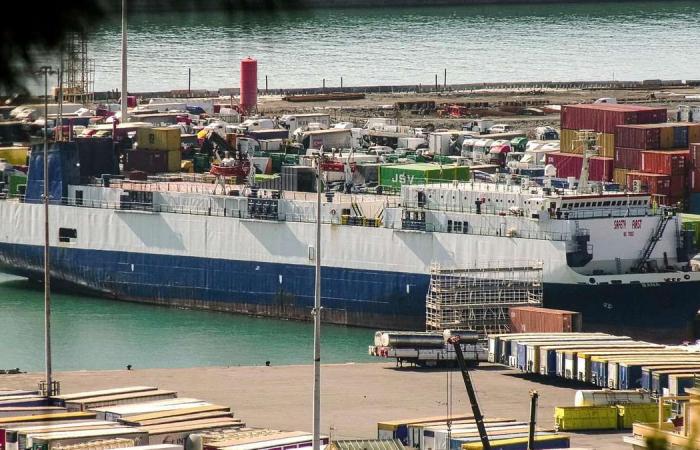 Hind Al Soulia - Riyadh - France has denounced an "extremely aggressive" intervention by Turkish frigates against a French navy vessel participating in a Nato arms embargo mission around Libya in the Mediterranean.

French sailors were trying to check a cargo ship on suspicion it was taking arms to Libya – forbidden under a UN embargo.

The French ship had wanted to check whether the Turkish vessel Cirkin was smuggling arms to Libya. In response, French officials said the Cirkin had switched off its tracking system, masked its ID number, and refused to say where it was going.

We cannot accept that an ally behaves this way, that it does this against a Nato ship, under Nato command, carrying out a Nato mission

"This is an extremely aggressive act that is unacceptable by an ally against a Nato ship," said a ministry official who did not want to be identified.

"We consider this an extremely grave matter... [and] we cannot accept that an ally behaves this way, that it does this against a Nato ship, under Nato command, carrying out a Nato mission," the official said.

French Defence Minister Florence Parly later brought the matter up during a video conference with her Nato counterparts, her office said.

An anonymous Turkish military official told Reuters that the French warship did not establish communications with the Turkish ship during the incident.

"Turkey is fulfilling its obligations as an ally today as always," the official said. "It has saddened us that the matter has reached this stage."

Tensions between Nato members France and Turkey have flared recently over their roles in the civil war in Libya.

Turkey supports the UN-recognised government in Tripoli with Syrian militias, extensive weapons systems and vehicles as well as military trainers and advisers, while France is believed to favour the rival Libyan National Army under Field Marshal Khalifa Haftar.

Turkey's support for the "offensive" of the UN-recognised Government of National Accord (GNA) runs directly against efforts to secure a ceasefire, a French foreign ministry spokesman said.

This week, Ankara condemned as "unacceptable" criticism from France over its shipments of weapons and fighters to the GNA, which Paris calls a "direct violation" of a United Nations embargo.

"These waves of boats between Turkey and Misurata, sometimes escorted by Turkish frigates, are not contributing to any de-escalation," the French ministry official said on Wednesday.

Oil-rich Libya has been torn by years of violence, drawing in tribal militias, radical extremists and mercenaries since the 2011 toppling and killing of longtime dictator Muammar Qaddafi in a Western-backed uprising.

While Turkey has the second-largest army in the Nato alliance, it has been increasingly obstinate in its co-ordination with the bloc.

In the latest accusation, three allied diplomats and a French defence official said on Wednesday that Turkey was continuing to block Nato defence plans for Poland and Baltic states despite a deal in London last year between Turkey's president and allied leaders.

Diplomats said while Ankara has approved the plan, known as Eagle Defender, it has not allowed Nato military chiefs to put it into action.

"Turkey is refusing to accept these plans unless we recognise the PYD/PKK as a terrorist entity," they said, referring to Syrian and Turkish Kurdish groups that Ankara regards as dangerous rebels. "We say no. We need to show solidarity for eastern allies and it's not acceptable to block these plans."

These were the details of the news France slams Turkey for targeting Nato ship on Libya arms control mission for this day. We hope that we have succeeded by giving you the full details and information. To follow all our news, you can subscribe to the alerts system or to one of our different systems to provide you with all that is new.