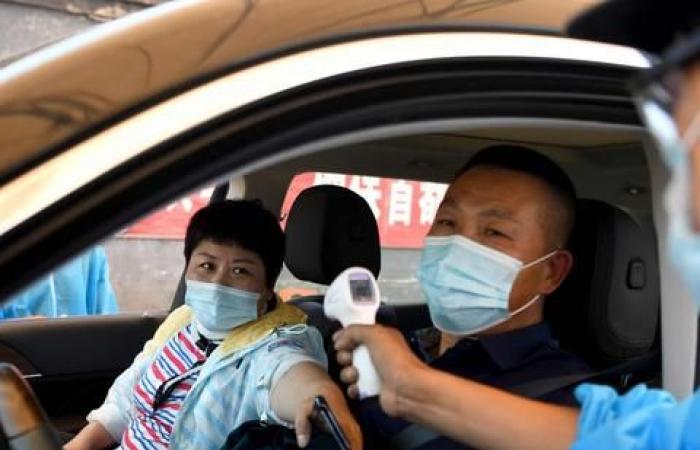 Thank you for your reading and interest in the news The US wants to maintain the UN's Iran arms embargo – will they succeed? and now with details

The UN is struggling, however, to convince Russia, China and many in Europe to forestall an expected Iranian weapons-buying spree by re-imposing sanctions in October, when they expire under the terms of a 2015 nuclear deal.

Analysts predict messy legal rows at the UN in the coming months — all taking place against the backdrop of a Covid-19 outbreak, economic pains, widening geopolitical rifts and campaigning for the US presidential election in November.

Jonathan Cristol, a research fellow at New York's Adelphi University, said progress will be tough because Europeans want to stick by the rules of the 2015 nuclear deal, while Moscow and Beijing are keen to sell weapons to Iran once sanctions expire.

“But new UN findings on Iran’s missile activities will make it harder for any major power to allow the embargo to be lifted entirely, meaning there is space for some kind of compromise between the US and other UN Security Council members,” Mr Cristol told The National.

A report this month from UN secretary-general Antonio Guterres said that cruise missiles used in attacks on Saudi Arabian oil plants in November 2019 and an airport in February 2020 were of “Iranian origin”.

Iran has rejected the document. While Tehran was widely assumed to have been behind the strikes on Saudi Arabia, confirmation of this by an independent UN sends a powerful signal about the threat from Iran’s muscle-flexing.

The arms embargo against Iran was set to expire in October, under the nuclear deal that Tehran inked with the US, Russia, China, Germany, Britain and France in 2015, trading sanctions relief for guarantees Iran was not building nuclear weapons.

US President Donald Trump’s administration abandoned that deal in 2018 and has sought to extend and strengthen the arms embargo on Tehran, warning that lifting it would let Iran get weapons that could fuel conflicts across the already-turbulent Middle East.

Security Council veto-wielders Russia and China are against re-imposing the weapons embargo, while European nations have worked hard to keep the 2015 nuclear deal alive despite Mr Trump’s unilateral decision to exit the bargain.

If the UN Security Council does not extend the embargo before the October cut-off, Washington says it will trigger a so-called "snapback" of all UN sanctions on Iran, including the arms embargo, under the terms of the 2015 nuclear deal.

This strategy has angered Russian Foreign Minister Sergey Lavrov, who said in a letter in May that the US was “ridiculous and irresponsible” for threatening to impose the snapback provisions of a deal it had already left, likening it to “having one’s cake and eating it”.

It remains unclear whether the UN chief’s report will persuade Security Council powers to maintain curbs on Iranian arms-trading, but many analysts say there is room for a bargain and some form of a limited embargo.

Jonathan Fulton, an assistant political science professor at Abu Dhabi’s Zayed University, said Beijing may opt to keep some restrictions on Tehran to placate Iran’s foes across the Gulf with whom China already has lucrative deals to sell unmanned drone aircraft.

“I don’t think China will sacrifice its well-established markets in the Gulf for a potential market with Iran, knowing that Iran doesn’t need to buy a whole lot of UAVs or other gear that China is selling,” he said.

Robert Czulda, a political science professor at the University of Lodz in Poland, said Iran has a “massive” military shopping list after years of sanctions, but Tehran is not likely to be allowed to buy battlefield game-changers, such as Russia’s S-400 missile defence system.

“Iran’s goal will be to target niche sub-systems, like armour, guns, control systems and modern munitions for tanks, or rocket guidance systems, which boost the weapons systems Iran already has,” he said.

For Barbara Slavin, director of the Iran program at the Atlantic Council, a Washington-based think tank, Mr Trump’s weak polling against Democratic challenger Joe Biden for this year’s presidential election means that time may be on Tehran’s side.

“Iran will try to stay quiet until after the US elections,” she said.

“They’ve seen the polls and know President Trump is in trouble. They’ve seen the US pulling troops out of Iraq and Afghanistan and feel that developments are going their way."

These were the details of the news The US wants to maintain the UN's Iran arms embargo – will they succeed? for this day. We hope that we have succeeded by giving you the full details and information. To follow all our news, you can subscribe to the alerts system or to one of our different systems to provide you with all that is new.