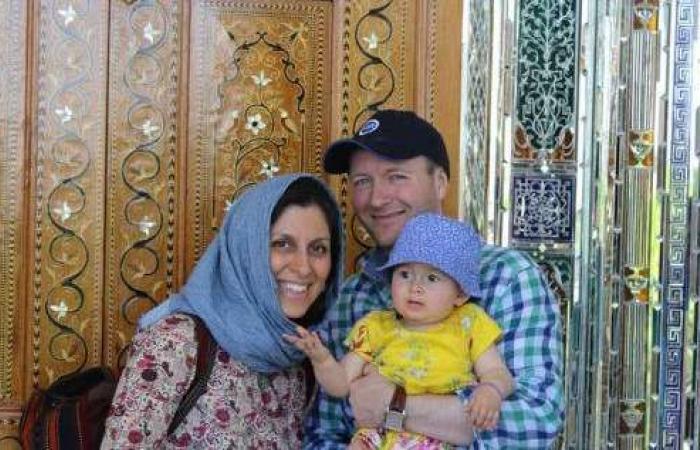 Thank you for your reading and interest in the news Nazanin Zaghari-Ratcliffe: daughter turns six while mother remains detained in Iran and now with details

Hind Al Soulia - Riyadh - The daughter of Nazanin Zaghari Ratcliffe, the British-Iranian charity worker detained in Tehran, spent another birthday without her mother on Thursday, as the family’s MP renewed calls to keep fighting for her release.

A project manager with the Thomson Reuters Foundation, Ms Zaghari-Ratcliffe was arrested in April 2016 at a Tehran airport as she was about to fly back to Britain with her daughter Gabriella after a family visit.

She was sentenced to five years in jail after being convicted of plotting to overthrow Iran's establishment. She was held at the notorious Evin prison in Tehran.

In mid-March, Ms Zaghari-Ratcliffe, 40, was temporarily released from prison for two weeks, along with thousands of other prisoners to help curb the spread of the coronavirus.

Last Saturday she was made to for wait for news on her application for clemency, and she is still confined to her parents’ Tehran home with an ankle tag.

Her lawyer has been rebuked several times for filing applications for clemency.

Gabriella, now 6, remained in Iran after her mother was arrested, living with her grandparents until she moved back to the UK, and her father Richard Ratcliffe, in October 2019.

While in Iran, she was only allowed to see her mother once a week on prison visits.

“Yet another birthday Gabriella spends without her mother," the family's MP, Tulip Siddiq, tweeted on Thursday. "It’s hard to believe she is six years old today.

"When Richard Ratcliffe and I started the fight to get her mum home she was just a toddler. For her sake, we must keep battling to #FreeNazanin.

Former foreign secretary Jeremy Hunt said: “Each extra birthday Nazanin and Gabriella spend apart is quietly devastating to a family that just wants to be normal.

"Whatever else is going on in the world we must not forget the plight of British hostages in Iran.”

These were the details of the news Nazanin Zaghari-Ratcliffe: daughter turns six while mother remains detained in Iran for this day. We hope that we have succeeded by giving you the full details and information. To follow all our news, you can subscribe to the alerts system or to one of our different systems to provide you with all that is new.