Coronavirus: Oman closes off largest free zone after a spate of new infections 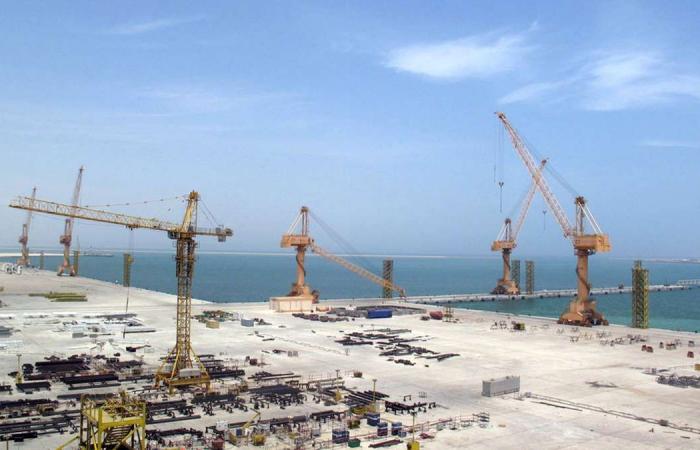 Thank you for your reading and interest in the news Coronavirus: Oman closes off largest free zone after a spate of new infections and now with details

Hind Al Soulia - Riyadh - Oman will close off the coastal city of Duqm and its free zone, the largest in the country, for three weeks from Saturday after a spate of new coronavirus infections there, the ministry of health said.

“Duqm will be closed from the rest of the country from June 13 to July 3 to control the rate of infection in the area,” state television reported on Thursday, quoting the minister of health.

The free zone in Duqm hosts more than $10 billion worth of investments, including a ship repair yard, an oil refinery, logistics centre, manufacturing units and a dry dock.

Oman has two other free zones – Sohar to the north and Salalah in the southern governorate of Dhofar.

The health ministry's order to close Duqm came as it announced that 1,311 more Covid-19 patients had recovered – nearly double the 689 recoveries reported on Wednesday. The total number of recoveries so far stands at 5,640.

Meanwhile, 1,067 new cases were reported in the previous 24 hours, the ministry said, taking the total number of infected people to 19,954.

“Increase in the spread of the virus outside Muscat is due to the lack of physical distancing,” Health Minister Ahmed Al Saeedi was quoted as saying.

He said 232 healthcare workers were currently infected with the virus.

Transport minister Ahmed Al Futaisi said domestic airports would not be reopened this month as planned since the infection rates in Duqm and Salalah were not easing.

“Resuming domestic flights will be delayed due to the lockdown of Dhofar and Duqm,” he said.

Mr Al Futaisi said his ministry was working with UAE officials on reopening borders between the two countries.

“Co-ordination and talks between Oman and UAE to fully open the borders are under way,” he said.

Oman has lost substantial revenue from closure of the airport in Salalah, a popular tourist destination, and the cancellation of the Khareef festival in the city because of the coronavirus outbreak, Tourism Minister Ahmed Al Mahrizi said.

“Nearly 80 million rials [Dh795m] will be lost this year compared to the last Khareef festival in Salalah, but the decision to close the Dhofar governorate was taken to save people’s lives," Mr Al Mahrizi said.

These were the details of the news Coronavirus: Oman closes off largest free zone after a spate of new infections for this day. We hope that we have succeeded by giving you the full details and information. To follow all our news, you can subscribe to the alerts system or to one of our different systems to provide you with all that is new.