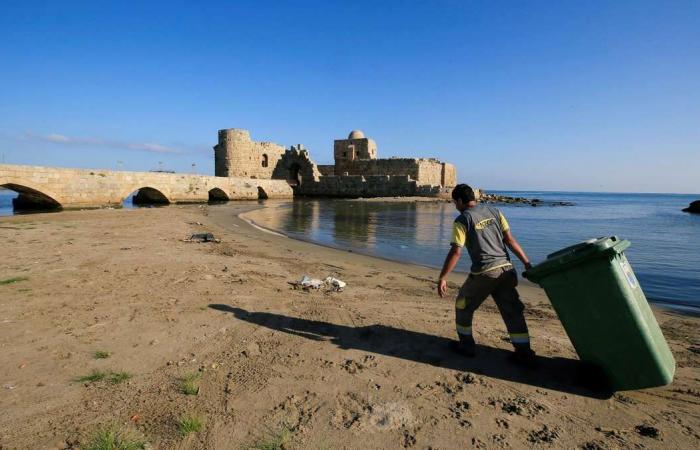 Thank you for your reading and interest in the news The Middle East Framed - regional photography for June 11, 2020 and now with details

Hind Al Soulia - Riyadh - A Russian armoured vehicle drives as part of a joint Turkish-Russian military patrol along the M4 highway, which links the northern Syrian provinces of Aleppo and Latakia, near Ariha in Syria's rebel-held northwestern Idlib province. AFP

A worker cleans a beach outside the closed castle at the port city of Sidon, Lebanon. Reuters

Supporters of Syria's President Bashar Al Assad carry his pictures and flags during a demonstration in the mainly Druze city of Sweida, Syria in this handout released by SANA.

Syrians pass by Turkish soldiers during a joint Russian-Turkish patrol along the M4 highway. AFP

Fishermen are seen on the banks of Shatt Al Arab, in Al Faw, south of Basra, Iraq. Reuters

A woman rides an escalator as she looks at a women's dress shop display in a shopping centre at Tehran's Grand Bazaar, Iran. AP Photo

A road extends between the Jewish settlement of Givat Zeev (background) from Palestinian villages near the Israeli-occupied West Bank city of Ramallah. AFP

Women, wearing protective masks due to the pandemic, pass through a street in the Moroccan capital Rabat. AFP

A group of cyclists train along a road in the Libyan capital Tripoli. AFP

These were the details of the news The Middle East Framed - regional photography for June 11, 2020 for this day. We hope that we have succeeded by giving you the full details and information. To follow all our news, you can subscribe to the alerts system or to one of our different systems to provide you with all that is new.