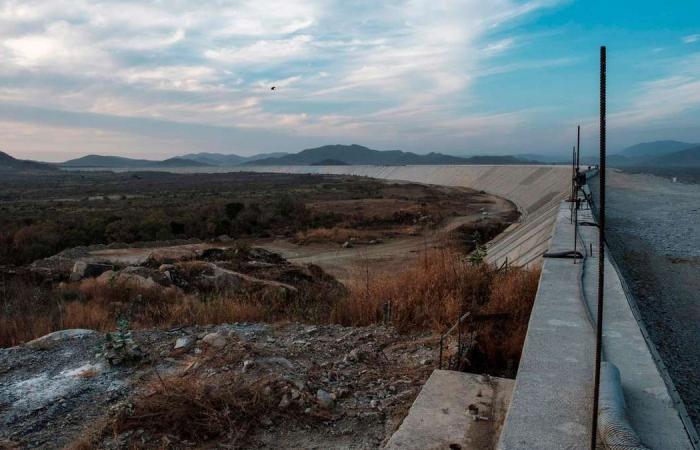 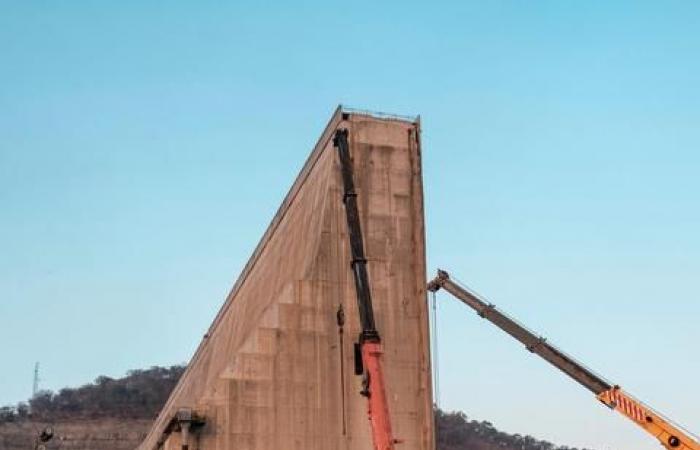 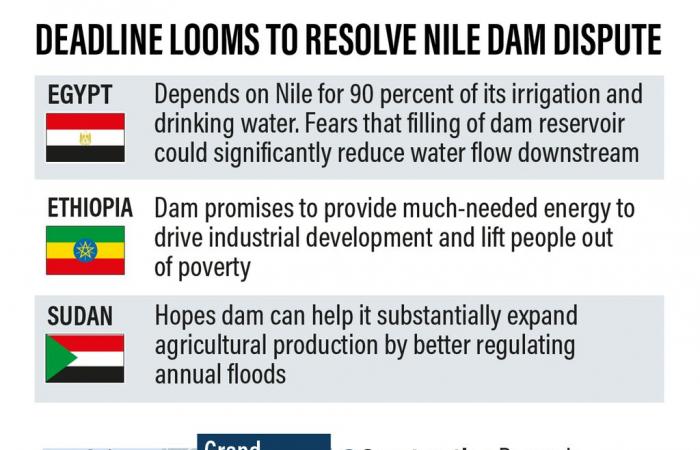 Hind Al Soulia - Riyadh - Negotiations between Egypt, Ethiopia and Sudan on the operation of a huge Nile dam being built by Addis Ababa resumed on Tuesday after a four-month hiatus threatened to undermine any final agreement on the issue.

Ethiopia plans to start filling the reservoir behind the nearly completed hydroelectric dam in weeks, whether an agreement with downstream nations Sudan and Egypt was reached or not.

The two countries have rejected an Ethiopian suggestion for an interim agreement to govern the first phase of filling the reservoir, due in July.

Tuesday's video conference began amid scepticism by Cairo on whether an agreement could be reached.

The council is chaired by President Abdel Fattah El Sisi and includes the defence minister, top military commanders, the prime minister, the foreign minister, the parliamentary speaker and intelligence chiefs.

It was significant that the council commented on the dam talks, as Cairo’s official stance is normally expressed by the foreign or irrigation ministries. 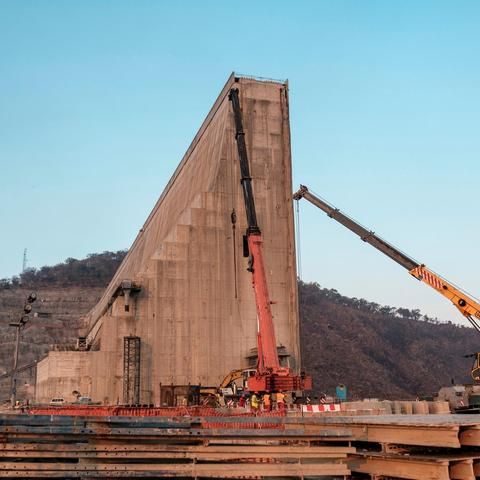 The council’s statement was likely to revive speculation on whether Egypt is considering military action to protect its share of Nile water if talks failed to address its fears.

Egypt and Ethiopia have been in a bitter war of words since the negotiations collapsed in February, when Addis Ababa did not attend a meeting at which the three nations were expected to close a deal.

Egypt signed the US-mediated agreement, but Ethiopia and Sudan did not.

Egypt has not publicly discussed military action against Ethiopia, although Mr El Sisi has said his country’s share of Nile water was an existential issue.

“This is Ethiopia’s last chance because the hour of truth is upon us,” warned Hany Raslan, an Egyptian expert on African affairs from Cairo’s Al Ahram Centre for Political and Strategic Studies.

“That conflict may not go straight to war, but war could be the final part of a conflict that’s absolutely unjustified,” he said.

The Egyptian council complained that the talks were being held three weeks after the call for their resumption was first made by Sudan.

It said they coincided with a renewed threat by Addis Ababa that it still intended to fill the reservoir behind the Grand Ethiopian Renaissance Dam, whether Egypt and Sudan agreed or not.

“This makes it absolutely necessary to arrive at a timeframe for these negotiations and for their conclusion to prevent them being a new tool of procrastination,” the council said.

“Egypt will participate in this meeting to gauge whether there is a political will to reach an agreement and to reinforce its continuing goodwill.”

Sudan has said the resumed talks would focus on “10 per cent” of issues that remain unresolved, suggesting a deal could be within reach.

But Khartoum has a record of making overly optimistic statements on the negotiations over the dam.

Tuesday’s session was expected to be mostly procedural, focusing on defining the role of observers from the US, EU and African Union.

Mr Abbas told Sudan’s official news agency that Tuesday’s meeting was “fruitful and positive”, and that agreement was reached on several points.

Negotiations would continue daily, he said.

Egypt, the most populous Arab nation, depends on the Nile for more than 90 per cent of its water needs.

It has been trying to persuade Ethiopia to agree to a gradual filling of the 74 billion-cubic-metre reservoir behind the dam to reduce the impact on its water share.

It also wants Ethiopia to commit to releasing water in the case of drought and allow for joint committees to manage the dam.

A significantly reduced share of water could cost Egypt hundreds of thousands of jobs and threaten its food security as its 100 million population rapidly grows.

Ethiopia insists the dam is essential to its development and that building it falls well within its sovereign rights.

It has accused Egypt of clinging to colonial-era agreements that gave Cairo the lion’s share of Nile water and ignored the needs of the 10 other Nile Basin countries.

Ethiopia plans to store a total of 18.4 billion cubic metres in the reservoir behind the dam over two years.

While the effect of this might be manageable, Egypt and Sudan fear that allowing Ethiopia to do this sets a dangerous precedent.

The dam, which on completion will produce 6,000 megawatts of power, is being built on the Blue Nile, which originates on the Ethiopian highlands and flows down into eastern Sudan.

There it converges with the White Nile near Khartoum before flowing north through the deserts of northern Sudan into Egypt and all the way to the Mediterranean.

These were the details of the news Last-ditch Nile dam talks restart weeks before Ethiopia plans to start filling for this day. We hope that we have succeeded by giving you the full details and information. To follow all our news, you can subscribe to the alerts system or to one of our different systems to provide you with all that is new.