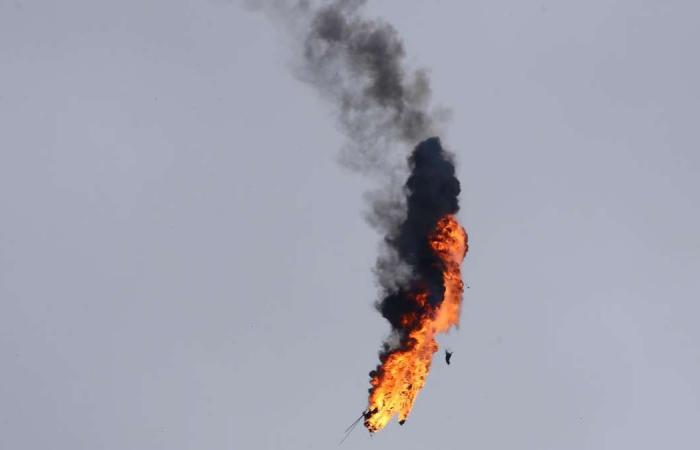 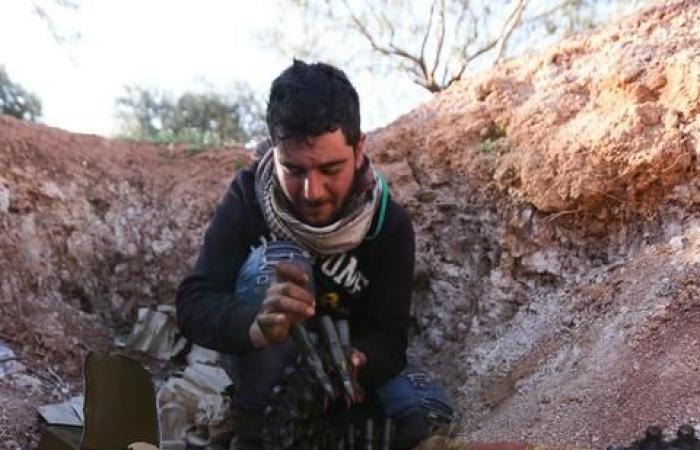 Thank you for your reading and interest in the news Syria: What the rebel downing of helicopters means for Idlib bombardment and now with details

Hind Al Soulia - Riyadh - For years, Syrian aircraft have inflicted untold damage on cities, towns and villages up and down the country. One of the most defining features of the nine-year conflict has been aerial bombardment – first by Syria’s air force, followed by Russian jets after President Vladimir Putin intervened in the country in 2015 saying he was fighting terrorism.

The immense destruction and paralysing fear wrought by these attacks has been immortalised in news report after news report, as well as a slew of widely successful Syrian-made films including For Sama and The Cave.

However, earlier this month two incidents suggested that rebels may have found something of a limited riposte.

Man-portable air defence systems, commonly referred to as Manpads, are a hand-held anti-aircraft weapons system capable of downing helicopters and some types of fighter jet.

Both of those shot down by rebel groups were Russian-designed transport helicopters, known as Mi-8/17s.

While the Syrian Air Force’s estimated fleet of approximately a dozen active Mi-8/17s are used in transport, reconnaissance and supply duties, they are probably most notorious for barrel bombing.

For years, the Syrian air force has flown helicopters over rebel-held areas and dropped oil drums and barrels packed with dynamite, shrapnel and gasoline onto buildings below with devastating effect.

But how crucial a loss were the two helicopters? 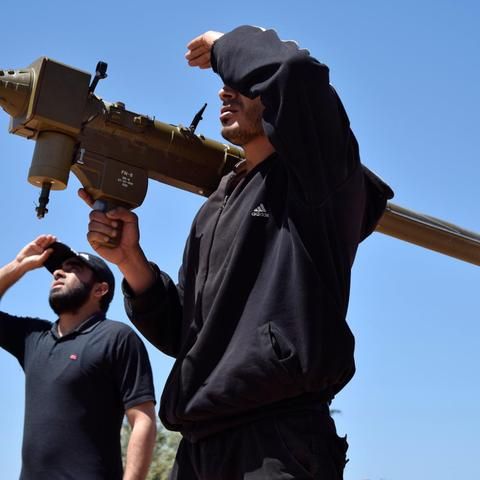 Estimates suggest that Syria had more than 460 fixed-wing or rotary combat aircraft and another 76 training aircraft before the outbreak of the uprising in 2011.

A recent report by Tobias Schneider, a research fellow at Berlin's Global Public Policy Institute, estimates that there are “six to ten Mi-8/17 helicopters more or less consistently involved in the…barrel bombing campaign” that has led to thousands of civilian deaths.

The total helicopter arsenal in the air force may be closer to 50, although large numbers are believed to be out of service at any one time.

Researchers use a combination of open-source intelligence, satellite imagery and social media to build up a picture of the Syrian military’s hardware.

And while the findings cannot be exact to the last jet, it builds a clear picture of how Syria’s nine-year war has degraded the government’s air capabilities. 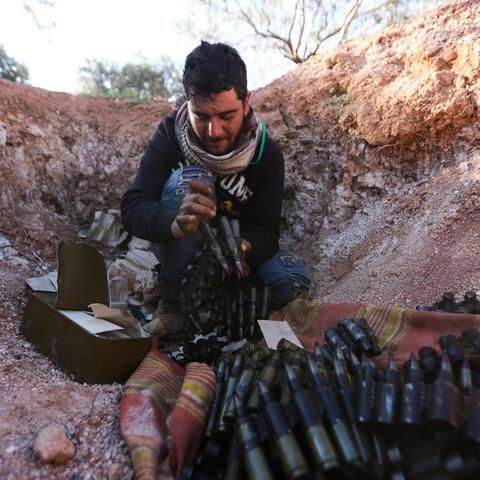 The two helicopters shot down are not the first. Rebels who previously stormed Syrian army bases commandeered anti-aircraft weapons and some groups received a limited number of Manpads from foreign backers.

Strikes by foreign states, including Israel and the United States, have also badly damaged several Syrian air bases and potentially aircraft too.

According to analyst Nicholas Heras, from the Institute for the Study of War think-tank in Washington DC, “approximately 30 per cent of the Syrian Arab Army’s aircraft is believed to have been destroyed by US action since the start of the conflict.”

The US Department of Defence previously claimed that an April 6, 2017 strike on the Shayrat air base, in response to the Khan Sheikhoun chemical weapons attack, destroyed “20 per cent of Syria’s operational aircraft.”

However, Mr Heras adds, Syria’s air force has been significantly bolstered by the Russian intervention of September 2015.

“One of the key features of the Russian intervention is that the Russians have brought…significant, advanced aircraft – particularly fighter jets.”

Despite the rare strikes against the helicopters this month, the pro-government bombing has not stopped.

After the second helicopter was downed, Syrian forces briefly adjusted their aerial tactics – opting to keep the more vulnerable helicopters back from opposition-held territory.

Perhaps most importantly for the 3 million civilians in the region, this brought a pause in barrel bombings.

Another attempted Manpad strike over the Idlib town of Saraqeb on February 26 reportedly missed its target, a Syrian jet, but did force the aircraft out of opposition airspace.

However, Russian and Syrian jets are still regularly bombarding both rebel positions and hitting civilian communities – including hundreds of thousands of displaced Syrians fleeing northward from the ongoing onslaught.

These were the details of the news Syria: What the rebel downing of helicopters means for Idlib bombardment for this day. We hope that we have succeeded by giving you the full details and information. To follow all our news, you can subscribe to the alerts system or to one of our different systems to provide you with all that is new.

PREV ‘Pandemic will not end for anyone, until it ends for everyone’
NEXT Austin wins Senate confirmation as first Black Pentagon chief