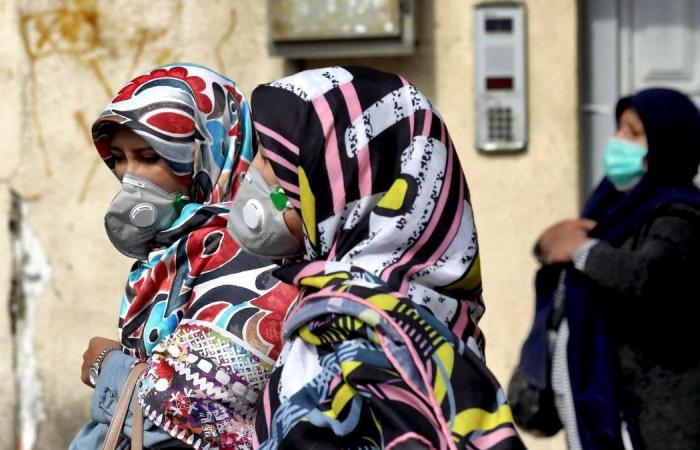 Hind Al Soulia - Riyadh - Turkey will close its border with Iran as a precautionary measure to halt the potential spread of the Wuhan Coronavirus or Covid-19 after Iran reported 43 cases of the virus, Turkish Health Minister Fahrettin Koca said on Sunday.

All highways and railways were closed as of 5pm on Sunday and flights from Iran were suspended, Mr Koca told reporters.

The border closure came as Pakistan also announced it was closing its border with neighbouring Iran on Sunday, after Tehran announced eight deaths from the new coronavirus.

"We have closed our border with Iran because of the reports of coronavirus there," said Ayesha Zehri, a senior government official in Pakistan's southwestern Baluchistan's province, which borders Iran.

In addition, Afghanistan has banned travel to and from Iran over fears of the coronavirus, as well as Turkmenistan and Armenia. There are reports that Azerbaijan has also closed its border with Iran.

Georgia's foreign ministry says the country will cease air travel with Iran, and will allow Iranian tourists to leave the country.

"To prevent the spread of the novel coronavirus and protect the public, Afghanistan suspends all passenger movement (air and ground) to and from Iran," the office of the National Security Council of Afghanistan said in a statement on Twitter.

Meanwhile, Jordan has barred entry to the country to any citizens of China, Iran, and South Korea over the new coronavirus.

In Europe, Italy has cancelled a famed Venation carnival in bid to halt the spread of the virus after an outbreak there.

The carnival, which draws tens of thousands of visitors to the lagoon city, would have run through Tuesday. Museums, schools, universities and other public venues will be shut as well in Venice and the rest of Veneto. The shutdown is expected to last at least through March 1.

Three people in Venice have tested positive, all of them in their late 80s and who are hospitalized in critical condition. Nearly all of Italy’s 133 cases are clustered in the north, including in the Veneto region.

The biggest jump in cases of confirmed Covid-19 was reported by authorities in Lombardy, a populous region which includes the country’s financial capital, Milan. That region had at least 89 cases, nearly all of them in small towns in the countryside.

People were urged to stay indoors in Lombardy and Veneto. But while a lock-down of many small towns had been announced on Saturday, police at the entrance to Codogno, one of the hardest-hit towns, weren’t stopping cars entering or leaving.

To date, two deaths of elderly persons in the north of Italy have been reported among the 133 cases.

In Japan, the Diamond Princess cruise ship, which is docked and quarantined in Yokohama, Japan reported 57 new infections.

In mainland China, the Chinese government officially confirmed 648 new cases across the country on Sunday and 97 deaths.

Wuhan Municipal Government in Hubei province has said it will continue to implement the restriction of movement in the city.

State broadcaster CCTV also reported that the Chinese Communist Party issued 10 proposals, all financial benefits and subsidies to healthcare professionals and medical workers in Hubei province, including the doubling and tripling of salaries.

A prominent death was that of Huang Wenjun, deputy chief physician of the Department of Respiratory Medicine at Xiaogan Central Hospital in Hubei province.

South Korea’s President Moon Jae-in said Sunday that he was putting his country on its highest alert for infectious diseases and ordered officials to take “unprecedented, powerful” steps to fight a soaring viral outbreak that has infected more than 600 people in the country, mostly in the last few days.

"The projected recovery... is fragile" Managing Director Kristalina Georgieva said, adding "the Covid-19 virus - a global health emergency - has disrupted economic activity in China and could put the recovery at risk."

These were the details of the news Seven countries close borders with Iran over coronavirus outbreak for this day. We hope that we have succeeded by giving you the full details and information. To follow all our news, you can subscribe to the alerts system or to one of our different systems to provide you with all that is new.