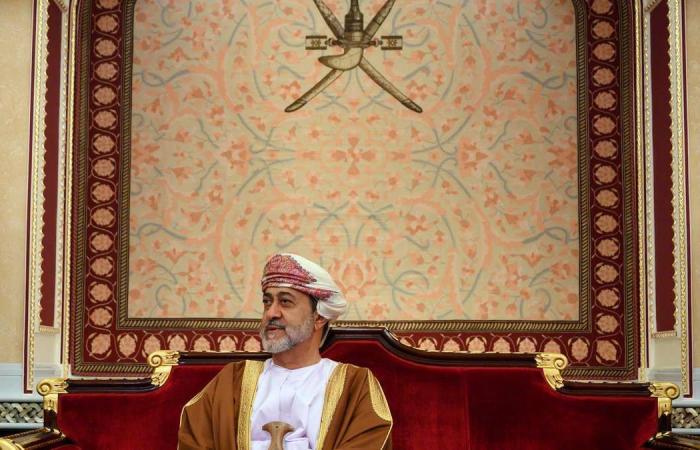 Hind Al Soulia - Riyadh - Oman's Sultan Haitham Bin Tariq Al Said has promised a continuation of his predecessor's agenda of peace in his first address since the end of 40 days of mourning for Sultan Qaboos.

In televised comments on Sunday, Oman's new Sultan said his government would continue his predecessor's drive towards peace in the region, calling on his citizens to "give us your trust".

"The message of the Sultan is to spread peace around the world," he said. "We are aware of the regional challenges that have arisen which will impact us and our surroundings, we are resilient to them."

Sultan Haitham bin Tariq then addressed Oman's large young population, promising to "ensure that we will listen and meet their demands" as part of a drive of modernisation. He added that education, science and development would be the country's main national priorities.

The messaging signalled business as usual for the Oman 2040 Vision, which the late Sultan unveiled in 2018.

The 20-year plan targets a growth rate of 5 per cent per year by boosting tourism, agriculture, technoligal innovation and start-up businesses.

"Youth are our nation's wealth, they are our present and future and we are keen and dedicated to listening to them," he said, adding that Oman would give women "their full rights".

"We will dedicate our lives for Oman and its citizens; we are calling you to support us and to give us your trust," he said.

He said the government will also work on reducing public debt and the fiscal deficit, as well as restructuring the public apparatus and companies.

Sultan Haitham's comments came just days after he pardoned 282 prisoners to mark the end of the period of mourning for Sultan Qaboos. He also visited Al Shomoukh Palace in the Manah, a royal camp set up by Sultan Qaboos in the 1990s to meet local dignitaries in the Dakhliya Region.

These were the details of the news Oman's Sultan Haitham sets out agenda of peace in public address for this day. We hope that we have succeeded by giving you the full details and information. To follow all our news, you can subscribe to the alerts system or to one of our different systems to provide you with all that is new.