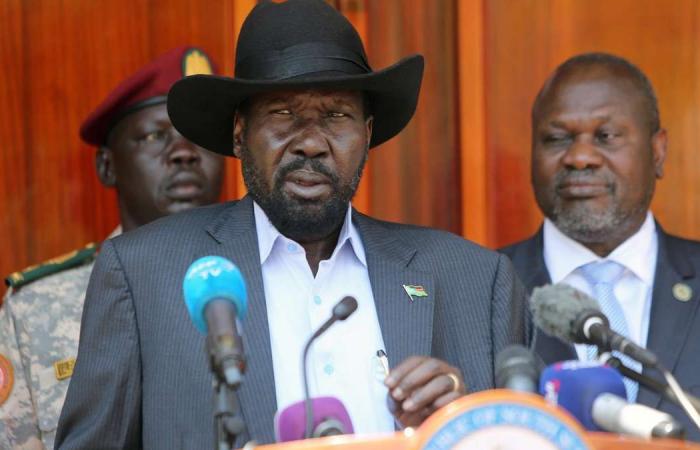 Fighting claimed an estimated 400,000 lives and sparked the biggest refugee crisis since the 1994 genocide in Rwanda.

The conflict was triggered by President Kiir's sacking of his then deputy Mr Machar, who proceeded to form a rebel faction against the government.

On Thursday, the former rivals agreed to create a unity government before a February 22 deadline, paving the way for today's appointment.

A previous November 12 deadline was pushed back as key aspects of a 2018 peace agreement, including agreements on the number of states and unification of the army, had not been met.

This led the United States to impose sanctions on some political leaders.

But last Saturday, Mr Kiir agreed to reduce the number of states to 10 from 32, a crucial opposition demand.

Other components of the peace agreements remain outstanding. Mr Kiir said on Thursday that they would be finalised in the coming days.

Mr Machar is due to be sworn into office on Saturday, alongside three other vice presidents appointed to their roles on Friday.

Mr Kiir also dissolved the country's cabinet. He appointed a new minister of presidential affairs and a national security advisor. The rest of the cabinet is expected to be named on Saturday.

These were the details of the news South Sudan President Kiir appoints ex-rebel leader vice president for this day. We hope that we have succeeded by giving you the full details and information. To follow all our news, you can subscribe to the alerts system or to one of our different systems to provide you with all that is new.