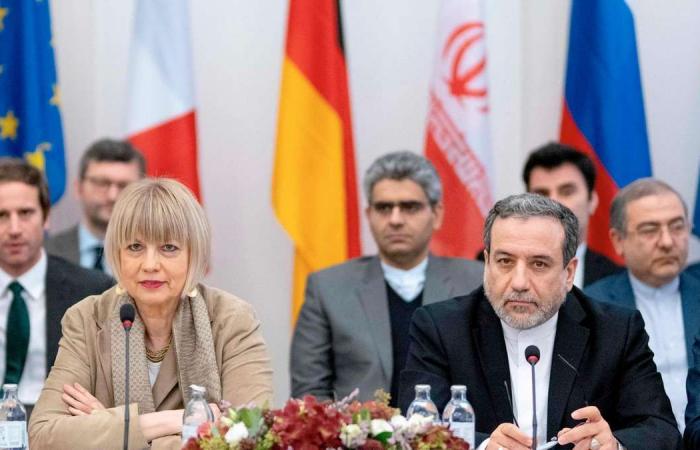 Hind Al Soulia - Riyadh - The signatories to the Iran nuclear deal stressed their commitment to the faltering accord during crunch talks in Vienna on Friday, as Tehran vowed to continue to breach limits on its nuclear programme.

Since May, Iran has taken a series of measures, including ramping up uranium enrichment, in breach of the 2015 deal, with another such move likely in early January.

Iran insists that under the agreement it has the right to take these measures in retaliation for the US's reimposition of crippling sanctions after its withdrawal from the deal in 2018.

Since last month, European members have begun raising the possibility of triggering the so-called "dispute resolution mechanism" foreseen in the accord, which could lead to the resumption of UN sanctions on Iran.

"All participants emphasised the key importance of full and effective implementation by all sides as well as their determination to pursue all efforts to preserve the agreement," the senior EU official said in a statement.

Chinese delegation head Cong Fu told reporters that the dispute resolution mechanism - which China is against activating - was not evoked.

"All countries need to refrain from taking actions that may further complicate the situation," the senior diplomat said.

"Bringing this issue to the (UN) Security Council is not in anybody's interest except the US maybe."

Other envoys did not talk as they left the EU delegation, which hosted the meeting.

Late Thursday in a letter to the UN, Britain, France and Germany accused Iran of developing nuclear-capable ballistic missiles.

Analysts say if UN sanctions are re-imposed and the deal falls apart, Iran could also withdraw from the Treaty on the Non-Proliferation of Nuclear Weapons (NPT).

"It's not clear whether that's worth the benefit," Ali Vaez of International Crisis Group told AFP.

But he warned the risk of the deal collapsing was increasing as Iran was "running out of measures that are easy to reverse and non-controversial".

"Both sides are locked into an escalatory cycle that is just very hard to imagine that they would step away from," he said.

European efforts to shield Iran from the effects of US sanctions by creating a mechanism to carry on legitimate trade with Iran have borne little fruit, much to Tehran's frustration.

The EU is growing increasingly concerned by Tehran rowing back from its commitments.

The dispute resolution mechanism in the deal has numerous stages, but it can eventually culminate in the UN Security Council voting on whether Iran should still have relief from sanctions lifted under the deal.

In such a scenario, Mr Vaez said, "we will have a major non-proliferation crisis on our hands in the sense that the Russians and the Chinese have already declared they would not recognise the return of (sanctions)".

Mr Vaez said a diplomatic solution would depend on Washington's next moves and whether it would at least be willing to relax its attempts to prevent sales of Iranian oil, a vital source of income for the country.

Iranian President Hassan Rouhani said Wednesday that Tehran is willing to return to the negotiating table if the United States first drops sanctions.

These were the details of the news Iran nuclear deal parties meet as accord nears collapse for this day. We hope that we have succeeded by giving you the full details and information. To follow all our news, you can subscribe to the alerts system or to one of our different systems to provide you with all that is new.