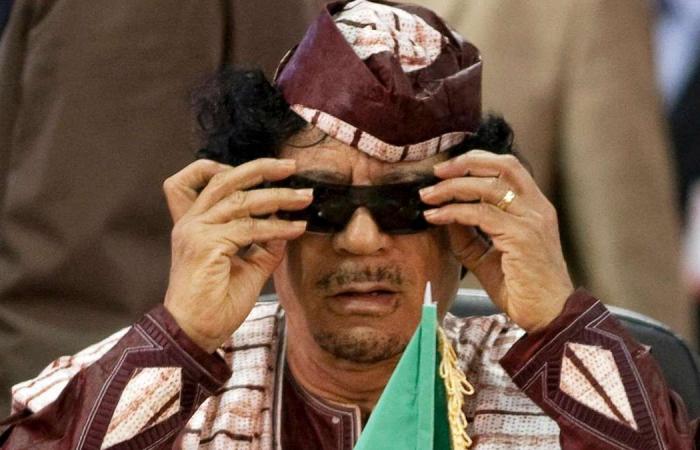 Hind Al Soulia - Riyadh - The families of victims of Qaddafi-backed terrorism reacted furiously on Tuesday after the UK government slashed the value of Libyan frozen funds held in Britain by up to £840 million because of an accounting error.

The mistake represented a cut of seven per cent from the £12 billion that a government minister said last year was being held for the future benefit of the Libyan people.

The huge write-down has implications for both post-war prosperity in the country and relatives of victims of Libyan-backed terrorist attacks who have called for interest and tax accrued from the multi-billion frozen fortune to pay compensation.

Many of the assets frozen in the UK were once held by Col Muammar Qaddafi or members of his inner circle.

Col Qaddafi supplied weapons, including Semtex explosives, to the Irish Republican Army from the 1980s to aid its three-decade armed nationalist struggle against the UK.

Libyan-supplied materials were used for a bomb attack outside Harrods store in the heart of London in 1983, which killed six people including a police inspector, Stephen Dodd, who parked his vehicle next to the car bomb when as it detonated. Another 90 people were injured.

His daughter Susanne told The National that the write-down in the funds came after the government told MPs last year that the UK was holding more than £12 billion. The total is now £11.2 billion.

Speaking after she laid a wreath outside Harrods to mark the 36th anniversary since the bombing, Ms Dodd said she wanted a meeting with the UK’s prime minister Boris Johnson to press the case for compensation using frozen funds.

“We don’t want taxpayers’ money because it’s not down to our country – we need to hold Libya to account.”

The UK Treasury blamed an “incorrect amount” filed by an unidentified company for the blunder of up to £840 million but the difference was only obliquely referred to in a footnote of an annual report of the sanctions-monitoring body in the UK.

The Treasury did not respond when asked to identify the company or financial institution responsible for the mis-filing or state what action it has taken to ensure that the current sums are accurate.

Legal sources working on sanctions-related cases said it was difficult to get accurate information on frozen funds because banks holding the accounts cited client confidentiality.

“It’s pretty concerning that they can’t get the figures right in the first place,” said the source who declined to be identified. “Is it a cock-up or conspiracy? If it’s a cock-up it needs to be rectified because it’s rather a large one.”

The frozen funds are under the control, either directly or indirectly, of the Tripoli-headquartered Libyan Investment Authority (LIA), the world’s 22nd largest sovereign wealth fund, according to the Sovereign Wealth Fund Institute.

It is believed to have some $67 billion of frozen assets worldwide held by institutions including HSBC, Goldman Sachs, Nomura and Societe General, leaked documents from 2011 showed.

The authority has been dogged by legal battles between representatives of the country’s competing claimants to power in the east and west of the country.

British victims of terrorism want to use tax or interest on the funds in the UK that have been frozen since 2011 on the orders of the United Nations to prevent their theft or misuse during the civil war.

A committee of MPs in April backed their demands and said £17m collected in tax over the last three years should go towards a victims’ reparation fund.

“The Government needs to ask itself whether it is content to continue profiting from frozen Libyan assets while victims receive nothing,” said Simon Hoare, the chair of the committee of MPs that investigated this issue.

Col Qaddafi struck a compensation deal with the United States in 2008. It meant that relatives of a US victim of the Harrods bombing received millions of dollars in compensation, while families of the UK victims got nothing.

The UK government in March appointed a former charity regulator, William Shawcross, as a “special representative on UK victims of Qaddafi-sponsored IRA terrorism” with a brief to investigate the likely levels of compensation.

Britain is not alone in grappling with the difficult issues of what do with Libyan’s frozen billions. The Belgian government has come under scrutiny over its role in sanctions-busting financial transfers from frozen Libyan bank accounts.

A UN report revealed last year that a bank in Belgium, reportedly holding more than $20 billion of the frozen funds, transferred dividends and interest to accounts controlled by the LIA outside of the country.

These were the details of the news UK ‘loses’ nearly £1 billion of frozen Libyan funds for this day. We hope that we have succeeded by giving you the full details and information. To follow all our news, you can subscribe to the alerts system or to one of our different systems to provide you with all that is new.