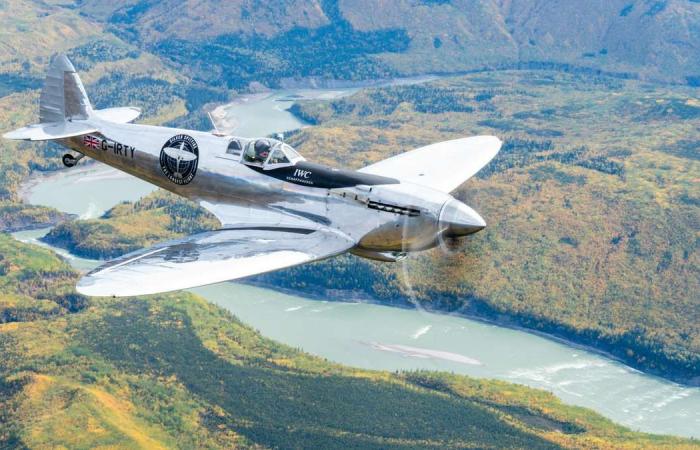 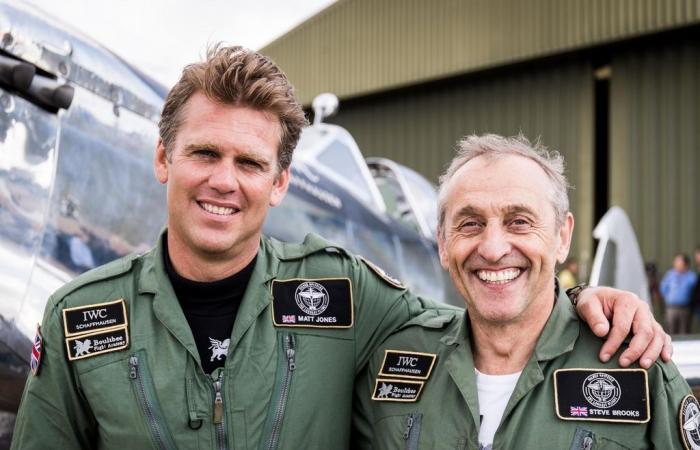 Hind Al Soulia - Riyadh - Two British pilots have landed in south-east England after completing the first ever flight around the world in a World War Two Spitfire.

Pilots Steve Brooks and Matt Jones landed in Goodwood Aerodrome in West Sussex on Wednesday, exactly four months after they set off on their epic journey.

The aircraft, known as the MJ271, has flown on 51 combat missions and dive-bombed German targets in France during the Second World War.

It has now been dubbed “The Silver Spitfire” because it was stripped of its paint to make it less provocative.

The 76-year-old restored jet flew 43,000 kilometres in a 74-leg journey through 24 countries. The aircraft left Goodwood in August, before flying across Greenland and crossing the Atlantic to the United States via New York, Las Vegas and California. The Spitfire then flew north before heading westward into Russia.

The pilots encountered some difficulties over Japan, where they had to avoid a tycoon, before making their way across the rest of Asia.

After a brief stopover in Abu Dhabi, they flew across Europe to return to the UK.

Crowds and banners awaited the aircraft at the Goodwood runway, congratulating the pilots.

“What a welcome!” said Mr Jones, who was controlling the aircraft through the final stretch of its journey. “After such a whirlwind of a trip, it feels quite surreal to be back at Goodwood with our mission accomplished. The scenery, the places we’ve visited, the people we have met, have been truly life-changing.

“From flying past the Statue of Liberty to coasting over the frozen plains of Russia and the jungles of Asia, we have been lucky enough to see the earth in all its beauty, all whilst sitting in the most gorgeous Spitfire. It’s been an unforgettable experience.”

Mr Brooks called it “an incredible adventure” and offered his gratitude to family and friends for their support.

These were the details of the news British pilots return home after WW2 Spitfire completes round the world trip for this day. We hope that we have succeeded by giving you the full details and information. To follow all our news, you can subscribe to the alerts system or to one of our different systems to provide you with all that is new.