Evil Corp cybercrime boss sanctioned by US and UK 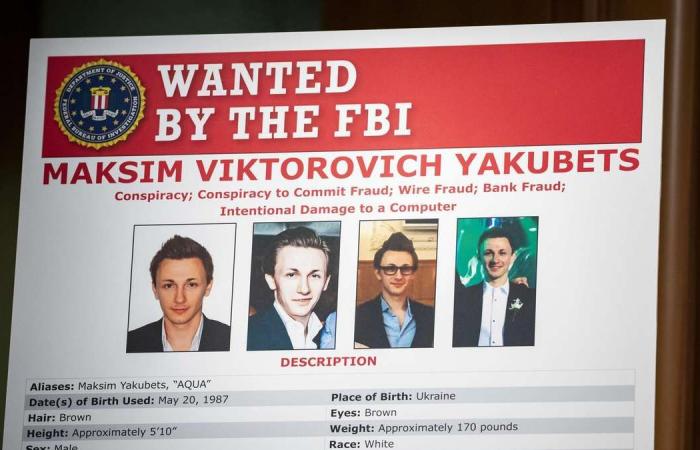 Hind Al Soulia - Riyadh - A Russian man who heads the world’s most harmful cybercrime group, called Evil Corp, has been indicted by the US after “unprecedented” collaboration with the UK.

Maksim Yakubets, 32, from Moscow, is accused of creating and using malware that led to more than $100 million (Dh367.3m) being appropriated worldwide.

He has been charged in relation to two computer hacking and bank fraud operations from May 2009 until now.

Asset freezes have been ordered against 22 associated entities and people, and a $5m reward issued for information leading to the arrest of Yakubets, which is the largest ever issued for a cyber criminal.

"He's earned his place on the FBI's list of the world's most wanted cyber criminals."

Yakubets lives in Russia and gained notoriety for his customised Lamborghini with a personalised licence plate, which translates to "Thief".

Evil Corp is claimed to be behind an ever-evolving family of malicious software known as Dridex, which has bedevilled banks and businesses since it first appeared in 2011.

The malware works by hacking into banks and businesses and making financial transfers that are eventually funnelled back to the hackers.

“The significance of this group of cyber criminals is hard to overstate," said Lynne Owens, Director General of the UK’s National Crime Agency.

"They have been responsible for campaigns targeting our financial structures with multiple strains of malware over the last decade.

“We are unlikely to ever know the full cost, but the impact on the UK alone is assessed to run into the hundreds of millions.

“It is our assessment that Maksim Yakubets and Evil Corp represent the most significant cybercrime threat to the UK."

These were the details of the news Evil Corp cybercrime boss sanctioned by US and UK for this day. We hope that we have succeeded by giving you the full details and information. To follow all our news, you can subscribe to the alerts system or to one of our different systems to provide you with all that is new.