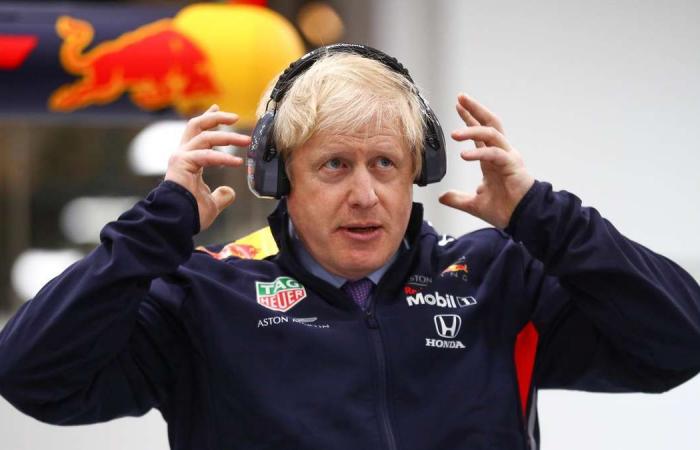 Thank you for your reading and interest in the news Britain decides: PM Boris Johnson apologises for notorious 'letterbox' newspaper column and now with details

Hind Al Soulia - Riyadh - British Prime Minister Boris Johnson has apologised for the first time for comments he made in a newspaper column comparing Muslim women in burqas to bank robbers and letterboxes.

Mr Johnson told ITV’s This Morning that he was “sorry for any offence caused”, and said it was never his intention to cause offence in his journalism.

The prime minister, in the middle of his campaign for next week's elections, had previously given general apologies over accusations of Islamophobia in the Conservative Party.

In an article Mr Johnson wrote as a backbench MP in August 2018, he said he would not support a ban on the face veil.

The language he used in the article was condemned by Muslim leaders in the UK and former Conservative Cabinet minister Baroness Sayeeda Warsi.

As the Conservative Party struggles to defend itself against accusations of endemic Islamophobia, his article has surfaced repeatedly throughout the election campaign.

On Thursday, the Labour Mayor of London, Sadiq Khan, criticised Mr Johnson over his history of Islamophobia.

He said adding the offence was compounded because Mr Johnson was paid for the article.

The Labour party, which remains 10 points behind the Conservatives in the latest Savanta ComRes poll, has had to repeatedly address accusations of anti-Semitism.

Mr Corbyn appeared on This Morning on Wednesday where he directly apologised for his party’s record on anti-Semitism.

A handful of MPs have defected from Labour over his leadership, with the claims of anti-Semitism given as a major reason.

Mr Corbyn has also been criticised for associating with controversial figures highly critical of Israel, and for showing sympathy towards proscribed terror organisations Hamas and Hezbollah.

In November, Mr Johnson said sorry for the “hurt and offence” caused by Islamophobia in the Conservatives and repeated a pledge for an independent inquiry into "every manner of prejudice" in the party.

There have been repeated calls for the party to launch an independent inquiry into claims of Islamophobia.

An unknown number of Conservative Party members have been suspended for posting and endorsing Islamophobic material online in recent months.

In November, Conservative Party candidate Flora Scarabello, who was running for the Glasgow Central seat, was suspended for anti-Muslim language.

Ryan Houghton, a Conservative candidate standing in Aberdeen North, was also suspended over anti-Semitic and Islamophobic remarks he had made online.

These were the details of the news Britain decides: PM Boris Johnson apologises for notorious 'letterbox' newspaper column for this day. We hope that we have succeeded by giving you the full details and information. To follow all our news, you can subscribe to the alerts system or to one of our different systems to provide you with all that is new.