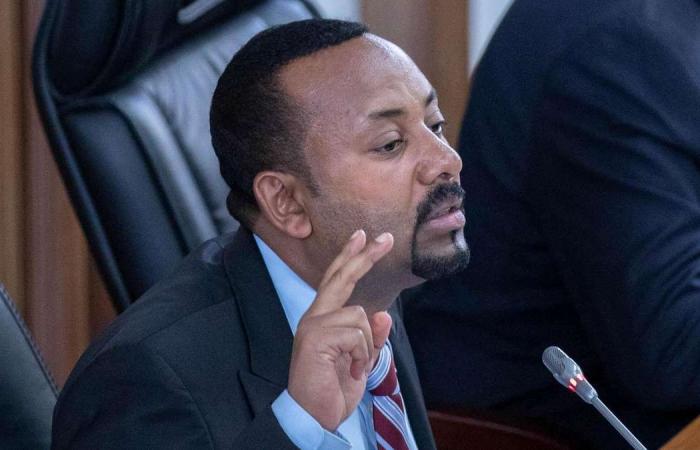 Analysts say the public split between the country's most powerful ethnic Oromo politicians could increase political uncertainty ahead of the May polls, and hinder Mr Abiy's reformist agenda.

In an interview with Voice of America's Affan Oromo language service on Friday night, Defence Minister Lemma Megersa criticised the move to merge the coalition of ethno-regional parties which has ruled the country for three decades.

"I have had a different perspective from the beginning of the talks about the merger of EPRDF," said Mr Lemma. "Even if that is to happen it shouldn't be done in a hurried way."

Mr Abiy's plans to transform the Ethiopian People's Revolutionary Democratic Front (EPRDF) into one party have already been rejected by the Tigrayan People's Liberation Front (TPLF) – the once dominant party of late strongman Meles Zenawi.

The three other parties last week voted to unite and form the Prosperity Party (PP), which Nobel Peace Laureate Mr Abiy hopes will heal ethnic divisions that have marred his rule, while critics say it will only deepen them.

The defence minister is a former president of Ethiopia's largest and most populous regional state, Oromia, and is currently vice chairman of the regional ruling party (ODP), with a large following in the region.

Mr Abiy, himself an Oromo, came to power in April 2018 after more than two years of anti-government protests led by Ethiopia's two largest ethnic groups, the Oromo and Amhara.

Ethiopian analyst Abel Abate said the public break between the two men is likely to add to political uncertainty in the country as it prepares to hold general elections next year.

"While the process to form PP out of the ashes of EPRDF has gone a considerable distance, it's far from complete yet. This public disagreement could fatally injure plans to form PP," he said.

Meanwhile, Horn of Africa analyst Rashid Abdi wrote on Twitter that Mr Abiy was "in deep trouble" after being ditched by his "single most important pillar of Oromo support".

These were the details of the news Key ally opposes Ethiopian PM Abiy Ahmed's party merger plan for this day. We hope that we have succeeded by giving you the full details and information. To follow all our news, you can subscribe to the alerts system or to one of our different systems to provide you with all that is new.