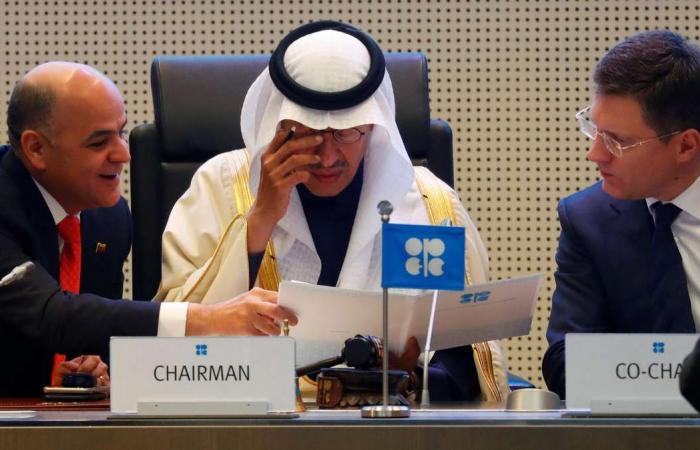 Thank you for your reading and interest in the news Opec+ to cut 2.1 million bpd from January as allies pledge to deepen output curbs and now with details

Hind Al Soulia - Riyadh - Opec and allies led by Russia pledged to cut 2.1 million barrels per day from the global oil markets from the beginning of next year, deepening their current restrictions as they look to rebalance the oil markets.

The Riyadh-Moscow led alliance will deepen existing cuts by an additional 500,000 bpd.

Saudi Arabia and other other producers would make "aditional voluntary adjustments" of around 400,000 bpd, raising the overall draw from the markets to 2.1 million bpd, Opec said in a statement on Friday.

Saudi Arabia, the world's largest oil exporter along with its Gulf allies including the UAE have been cutting above their required quotas as they look to counter high global inventories. Riyadh, which priced state oil giant Saudi Aramco's shares at 32 Saudi riyals on Thursday is looking to raise $25.6 billion in what would be the world's biggest initial public offering. The kingdom needs oil prices higher ahead of the listing next week.

The latest production agreement will keep Saudi production at 9.744 million bpd from the beginning of next year. Russia, which has been reluctant to be on-board with extending cuts further than the first quarter of next year managed to exclude condensate volumes from its output quota. Condensate refers to a light oil associated with gas production. Moscow will keep cuts at 228,000 bpd from January.

A deepening of cuts by 500,000 bpd would be insufficient to restore market balance, JBC Energy said in a note on Friday.

"It is more of a compliance manoeuvre and an effort to distribute the Saudi over-compliance that has been in place since about April to other Opec+ members," the report said.

"The market has essentially “correctly” incorporated all this new information very carefully as it continues to trade in the $63-63.5 range it entered two days ago," it added.

Opec+ will convene for their summer gathering in the Austrian capital on 10 June.

These were the details of the news Opec+ to cut 2.1 million bpd from January as allies pledge to deepen output curbs for this day. We hope that we have succeeded by giving you the full details and information. To follow all our news, you can subscribe to the alerts system or to one of our different systems to provide you with all that is new.