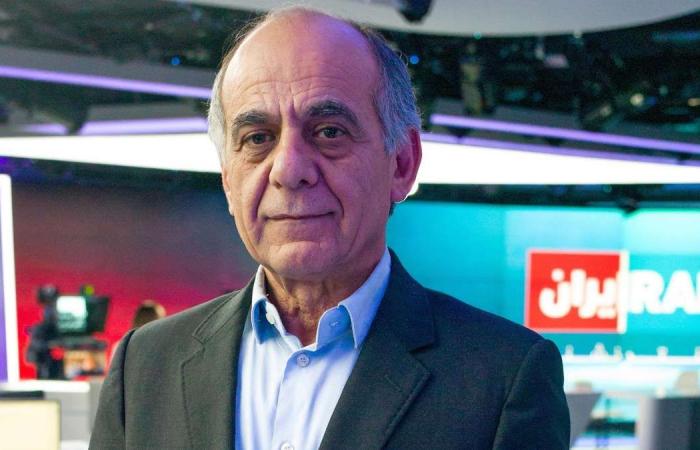 Hind Al Soulia - Riyadh - At least a dozen members of staff at London-based broadcaster Iran International have experienced threats from the Iranian regime since it began reporting on the protests over a hike in fuel prices that have swept the country.

Amnesty International estimates that at least 208 demonstrators have been killed in the protests after a violent crackdown by authorities, but the numbers are suspected to be higher. The Iranian government has not released any numbers.

Iran International became a target of the regime’s threats last week, after it received hundreds of videos from Iranian people documenting the killing of protesters. BBC Persian, Kayhan newspaper, Manoto TV, Radio Farda and Voice of America have also been harassed by Iranian officials.

Iran International is privately owned, so it is not subject to any intervention from Tehran that might affect its coverage. Iran is ranked 170 on the 2019 World Press Freedom Index, having shifted down six places since 2018.

In a statement issued on Saturday, Iran’s Intelligence Ministry said that working for the London-based organisation is “proof of collaboration with terrorist actions with the enemies of Iran” and claimed it had arrested a number of individuals on charges of sending information to the television channel. The ministry also said Iran International employees would be prosecuted “at international level” too.

Reports Without Frontiers last Tuesday condemned the move by the Iranian security forces to pressurise and threaten the families of Iranians working abroad.

Speaking to The National at Iran International’s London headquarters, Sadeq Saba, a journalist and editor at the broadcaster, said that although there are “about 12” known members of staff being harassed or threatened by the Iranian regime, it may be more as some people may be too scared to come forward about threats, even confidentially.

Mr Saba is no stranger to receiving threats from the Iranian government. He has previously experienced warnings from Iranian officials when he was former head of the BBC Persian channel. He is now working at Iran International to react to the threats and offer advice to colleagues.

Most of the menacing messages involve summoning journalists’ family members who live in Iran to Intelligence Ministry offices. The officials have demanded their relatives return to Iran or “face the consequences”. These relatives tend to be parents of staff members who are in their 60s and 70s.

The Iranian authorities have also frozen the assets of journalists working for Iran International, echoing similar punishment meted out to BBC Persian staff in the UK two years ago.

In response, Iran International has beefed up its security measures, and has had conversations with Scotland Yard and counter terrorist police. The broadcaster has hired plain-clothed security workers to watch the building and will be making a psychologist available in the coming days if threatened staff want to talk to someone.

Mr Saba said that it was the first time in his career as a journalist that the regime had used family members to try and intimidate journalists to return to Iran. He said the government had not taken any violent action against family members, as far as he knows.

The company has advised all of its members of staff not to travel to Iran and to countries where Iran has significant influence, such as Iraq and Syria. Previously, many staff members used to meet relatives in these countries, to avoid being charged by the regime.

Mr Saba called the regime’s tactics to suppress reporting of the violent crackdown on protesters “desperate”, adding that the demonstrations “took the regime by surprise” because many of the protesters were part of its “core base”.

“The regime feels threatened and they think more protests could be on the way that are more violent and intense. And they want to prepare for the future when such protests happen, by making sure nobody broadcasts the reality of the country.

“These are desperate measures by the regime just to frighten us, to silence us, so they can do whatever they like in the future,” he said.

These were the details of the news London-based Iran International staff members targeted by regime harassment campaign for this day. We hope that we have succeeded by giving you the full details and information. To follow all our news, you can subscribe to the alerts system or to one of our different systems to provide you with all that is new.