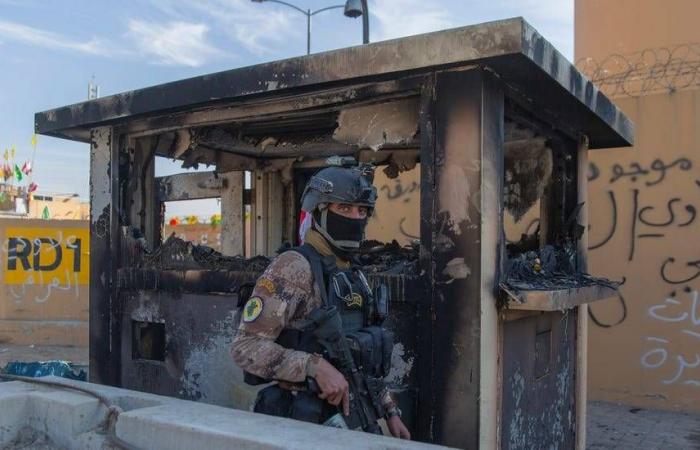 Iraq's caretaker Prime Minister Adel Abdul Mahdi has condemned the rocket attack on the US embassy in the Iraqi capital, calling it "unacceptable".

"Yesterday, Katyusha rockets were fired at the US embassy, and this is painful and incorrect ... Who authorises those parties to attack the embassy in Iraq?," Xinhua news agency quoted Mahdi's office as stating after the weekly cabinet meeting on Tuesday.

Also read: More US soldiers flown out after Iran attack

"This act offends Iraq and is unacceptable regardless of their intentions," Abdul Mahdi said without naming the attackers.

Late on Monday, an Iraqi Interior Ministry's official told Xinhua that three Katyusha rockets landed near the US embassy in the heavily fortified Green Zone in central Baghdad without causing casualties.

The heavily fortified Green Zone has been frequently targeted by insurgents' mortar and rocket attacks. The roughly 10-square-km zone is located on the west bank of the Tigris River, which bisects the Iraqi capital.

No group has so far claimed responsibility for the attack which came after growing tensions between the US and Iran.

On January 8, Iran fired ballistic missiles on military bases housing US troops in Iraq's western province of Anbar and near the city of Erbil, the capital of the semi-autonomous region of Kurdistan.

More than 5,000 US troops have been deployed in Iraq to support the Iraqi forces in the battles against Daesh militants.

These were the details of the news Iraqi PM says rocket attack on US embassy 'unacceptable' for this day. We hope that we have succeeded by giving you the full details and information. To follow all our news, you can subscribe to the alerts system or to one of our different systems to provide you with all that is new.