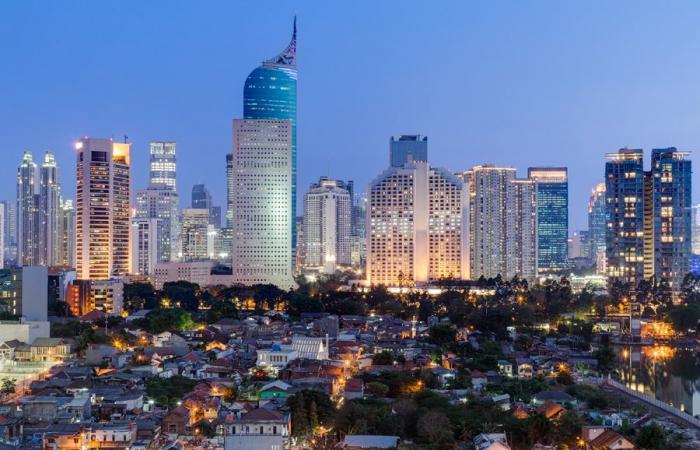 Jeddah - Yasmine El Tohamy - JAKARTA: Indonesia is moving ahead with its $33-billion mega project plan to relocate its capital from Jakarta to East Kalimantan by establishing a steering committee of global figures, which includes Abu Dhabi Crown Prince Sheikh Mohammed bin Zayed Al-Nahyan, who are expected to boost foreign investors’ trust and an interest to participate in constructing the new city from scratch.

Indonesian President Joko Widodo said the other two figures were former British Prime Minister Tony Blair and founder and chief executive of Japan’s SoftBank, Masayoshi Son, who would be working pro bono for their assistance.

“In my view, these figures have a good reputation in the international world, but we will still be the ones dealing with operational matters on the field,” Widodo said, according to a statement from the presidential palace.

He added that these figures were expected to build the trust of foreign investors which would eventually make it easier for Indonesia to forge deals and cooperation, as the government expects to finance only 19 percent of the cost, while the rest of the projects will be funded by private investments and public-private partnership schemes.

He said the three men were experienced in dealing with development projects, with the crown prince’s success in building Masdar City in Abu Dhabi, Son’s reputation in the technology and financial sectors, and Blair’s experience in governance.

But an economist at the Jakarta-based Institute for Development of Economics and Finance, Rizal Taufikurahman, questioned the urgency of appointing them specifically for the new capital construction project.

“If the main consideration is their lobbying power, why not appoint them for other development projects as a whole?” he told Arab News. “Besides, foreign investors’ confidence to invest depends more on things such as the ease of doing business, legal certainty, national security, and stability. We won’t solve our development problems just by relocating the capital.”

The government said the crown prince had agreed to the appointment.

According to the chief maritime affairs and investment minister, Luhut Pandjaitan, the crown prince said “it would be an honor to have a role in the development of the largest predominantly Muslim country.”

Widodo said these figures were expected to build the trust of foreign investors which would eventually make it easier for Indonesia to forge deals and cooperation.

Blair heads an institute that has governance as one of its key areas of work. It says it is focused on helping governments and leaders make their vision for development a reality. “We work in the center of government and key line ministries and our work is shaped by national priorities,” and lists African countries in the institute’s client roster.

“We are still drawing up their roles. The president will be in charge and they will provide him with advice,” Pandjaitan told journalists. “They will be the figures to promote (the new capital construction) but they will not act as brokers,” he added.

He said that the UAE and SoftBank had expressed an interest in investing in the as yet-unnamed new capital, about 1,300 kilometers away from Jakarta, with the latter offering to chip in $30 billion to $40 billion.

It was not clear whether the investors would pump their money into the projects directly or through the Indonesian sovereign wealth fund, which the UAE has committed to help in establishing and investing in, in addition to investment pledges from SoftBank and the US International Development Finance Corporation.

Pandjaitan said he expected to meet with SoftBank’s Son on the sidelines of the World Economic Forum in Davos and in Tokyo later this month to finalize the fund, while the bill that will oversee the funding is being drafted.

“We are preparing the (financing) structure and the president will announce the decision in February,” Pandjaitan said, adding that despite rolling out the red carpet for the private sector to construct the new city, the government would foot the bill for the construction of key government offices.

Widodo announced in August that the government planned to move the capital to a 180,000-hectare area between the districts of North Penajam Paser and Kutai Kartanegara in East Kalimantan province, envisioning it as a smart, green city.

Groundbreaking is slated to take place in early 2021 and the initial move will begin by the end of 2024 when the president’s second and final term ends.

These were the details of the news Indonesia looks to MBZ’s lobbying power for projects for this day. We hope that we have succeeded by giving you the full details and information. To follow all our news, you can subscribe to the alerts system or to one of our different systems to provide you with all that is new.

PREV Under pressure, NY governor bows to outside probe of abuse claims
NEXT Trump, returning to political stage, flirts with 2024 run