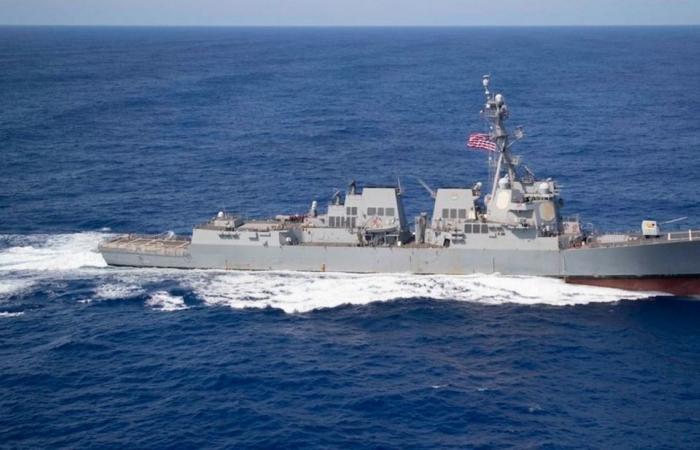 The crew on the boat have been transferred to the Yemeni Coast Guard, the officials added.

A US Navy warship seized advanced missile parts believed to be linked to Iran from a boat it had stopped in the Arabian Sea, US officials said on Wednesday, as Trump's administration pressures Tehran to curb its activities in the region.

In a statement, the Pentagon confirmed that on November 25 a US warship found "advanced missile components" on a stateless vessel and an initial investigation indicated the parts were of Iranian origin.

"A more thorough investigation is underway," the statement said.

US officials, speaking on the condition of anonymity, said the guided missile destroyer Forrest Sherman detained a small boat and a detachment of US personnel boarded the vessel, where the missile parts were found.

The crew on the small boat have been transferred to the Yemeni Coast Guard and the missile parts are in the possession of the United States, the officials added.

One of the officials said they believed from initial information that the weapons were bound for Iran-aligned Houthi fighters in Yemen.

In recent years, US warships have intercepted and seized Iranian arms likely bound for Houthi fighters. The official said this was different, citing the advanced nature of the parts.

Under a United Nations resolution, Teheran is prohibited from supplying, selling or transferring weapons outside the country unless approved by the Security Council. A separate UN resolution on Yemen bans the supply of weapons to Houthi leaders.

The Houthis have built their arsenal using local manufacturing, foreign expertise and parts smuggled in from Iran, their ally, and elsewhere.

A senior Pentagon official said earlier on Wednesday there were indications that Iran could potentially carry out aggressive actions in the future.

These were the details of the news US warship in Gulf seizes missile parts of suspected Iran origin for this day. We hope that we have succeeded by giving you the full details and information. To follow all our news, you can subscribe to the alerts system or to one of our different systems to provide you with all that is new.