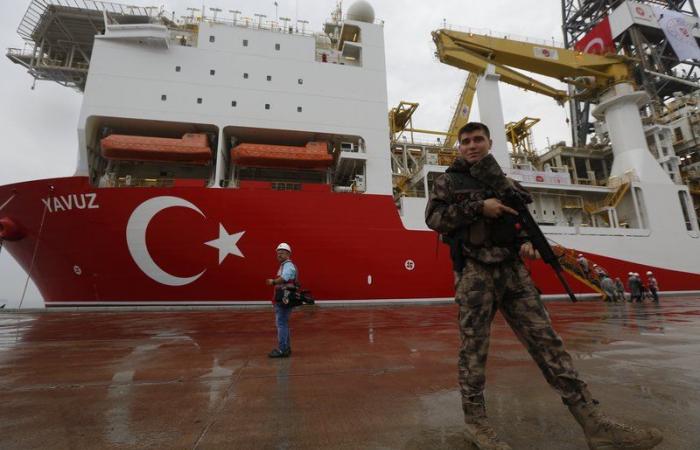 You are now following the details of the Greece says Libya-Turkish deal invalid, in bad faith news and now we leave you with the details

Mohamed Nass - Cairo - ATHENS (Reuters) — Greece has lodged objections to the United Nations over an accord between Libya and Turkey mapping out maritime boundaries as a violation of international law, the Greek government said on Tuesday.

Greece expelled the Libyan ambassador in response to the deal last week, infuriated at a pact which skirts the Greek island of Crete and infringes, in Athens’s view, its continental shelf.

“It violates the (U.N.) Law of the Sea. The sea zones of Turkey and Libya do not meet, and nor is there a sea border between the two states,” Petsas said.

A row over eastern Mediterranean gas reserves offshore has become increasingly shrill with countries in the region jostling to stake their claims.

Turkey has had a long-running disagreement with ethnically split Cyprus over reserves around that island.

Greece and Turkey are also at loggerheads over mineral rights in the Aegean Sea, and Greece has accused the internationally-recognized Libyan government of deceiving Athens by negotiating the deal with Ankara signed last month.

It carves out a slanting sea corridor of maritime boundaries at the closest points between Libya and Turkey, potentially clearing the way for oil and gas search there.

Petsas, the Greek spokesman, said Greece had asked its EU partners to formulate a framework of sanctions on Turkey and Libya if the agreement is not rescinded.

Turkey also faces sanctions for its actions around Cyprus, split in a Turkish invasion in 1974 after a Greek-inspired coup.

Peace talks on the island have been in limbo since United Nations-led efforts collapsed in disarray in 2017, and any tension between Turkey and Greece inevitably rubs off on the island.

On Tuesday, the Greek and Turkish Cypriot leaders, Nicos Anastasiades and Mustafa Akinci, canceled plans to attend a reception hosted by the United Nations in Nicosia.

Image: Image: In this Thursday, June 20, 2019 file photo, a Turkish police officer patrols the dock, backdropped by the drilling ship ‘Yavuz’ to be dispatched to the Mediterranean, at the port of Dilovasi, outside Istanbul (AP Photo/Lefteris Pitarakis, File)

These were the details of the news Greece says Libya-Turkish deal invalid, in bad faith for this day. We hope that we have succeeded by giving you the full details and information. To follow all our news, you can subscribe to the alerts system or to one of our different systems to provide you with all that is new.