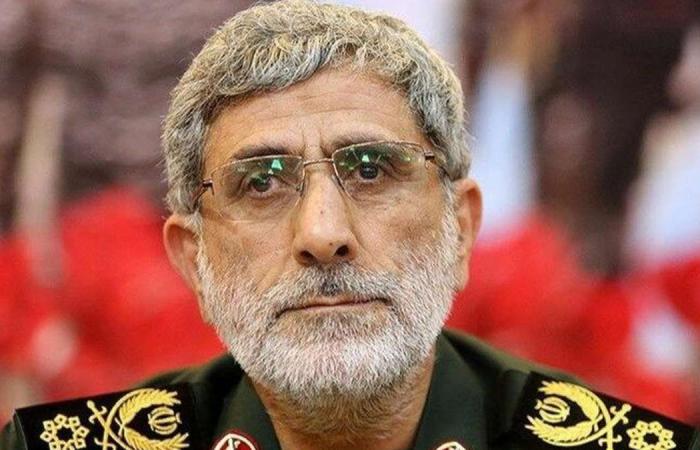 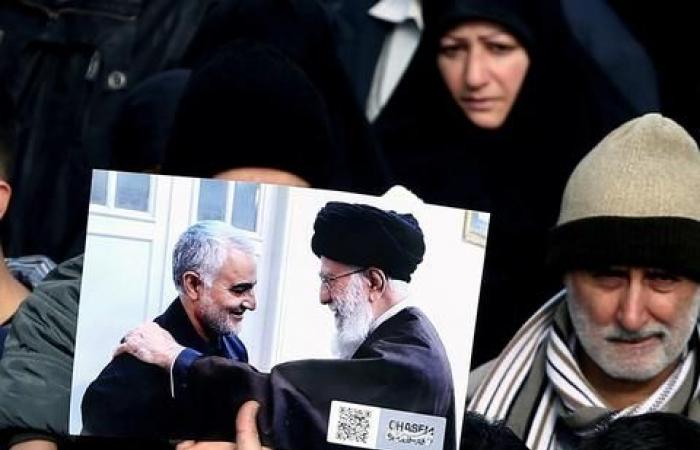 Thank you for your reading and interest in the news Who is Esmail Qaani, the new Iranian elite force commander? and now with details

Hind Al Soulia - Riyadh - The new head of Iran’s Quds Force will face an uphill task projecting an aura of invincibility as his high-profile predecessor whom the US military killed in Baghdad on Friday.

Hours after the killing of Qassem Suleimani, who mastered propaganda but may have underestimated America, Iran’s clerical leadership appointed his deputy Esmail Qaani as his replacement.

As a unit of the Islamic Revolutionary Guard Corps, the Quds Force oversees an array of militant proxies and organises Iran’s operations abroad.

In announcing Mr Qaani’s new role, Iranian Supreme Leader Ali Khamenei said he “has been one of the most prominent commanders in the Holy Defence and has served in the Quds Force with the martyr commander [Qassem Suleimani] in the area for many years.”

The Quds Force’s agenda “will be unchanged from the time of his predecessor,” he added.

While Mr Suleimani was focused on the Arab Middle East, Mr Qaani has been involved in activities related to Pakistan and Afghanistan, where Tehran has a different set of priorities in dealing with the US.

But Mr Qaani has played a major role in running Liwa Al Fatimioun, a legion of Afghani Shiiite militiamen in Syria and Yemen that was formed by Iran in 2014, according to Iranian opposition sources. In Syria, they fought on behalf of the Assad regime; in Yemen, to support the Houthi rebels.

At a ceremony held at a Shiite shrine in the city of Mashhad in 2017, Mr Qaani exalted Liwa Al Fatimioun “martyrs” as “having known no boundaries when it came to defending Islamic values.”

Mr Qaani and Mr Suleimani shared the experience of having fought in the 1980-1988 war with Iraq.

The war, in which a million people perished, impacted the Iranian political and military psyche in dealing with perceived threats from Arab Sunni states.

Many Iraqis at the time were privately critical of Saddam Hussein for starting the war but saw their country as the Arab bulwark against Iranian expansion.

A report by the American Enterprise Institute said Mr Qaani’s record during the Iraq-Iran war “does not display the same degree of distinction as Suleimani’s.”

While Mr Suleimani “was a charismatic leader universally loved by the men under his command,” Mr Qaani was not seen as a popular officer.

Mr Qaani was Mr Suleimani’s deputy for almost two decades, a successor in waiting amid occasional speculation that Mr Soleimani could have switched to politics.

But Mr Qaani’s “battlefield experience, network within the IRGC, and long history of acquaintance with Supreme Leader Ali Khamenei” qualify him for succeeding Mr Suleimani, the report said.

Mr Suleimani’s touting of his achievements in Iranian media and on the Internet, most recently in an Iranian documentary highlighting his role in backing the Lebanese Shiite group Hezbollah in its 2006 war with Israel, annoyed others in the Iranian security apparatus.

According to Iranian intelligence documents leaked to the New York Times in November, other Iranian operatives saw Mr Suleimani’s overtly sectarian approach in Iraq against the country’s Sunni population as benefiting the US.

But ideologically there may be little to distinguish the sectarian persuasion of the two men, with Liwa Al Fatimioun having participated in the siege warfare and depopulation of Sunnis from rebel areas of Syria.

Ideological purity is as much of a factor as ability in the promotion to a position as crucial as the one Mr Qaani has just assumed.

These were the details of the news Who is Esmail Qaani, the new Iranian elite force commander? for this day. We hope that we have succeeded by giving you the full details and information. To follow all our news, you can subscribe to the alerts system or to one of our different systems to provide you with all that is new.