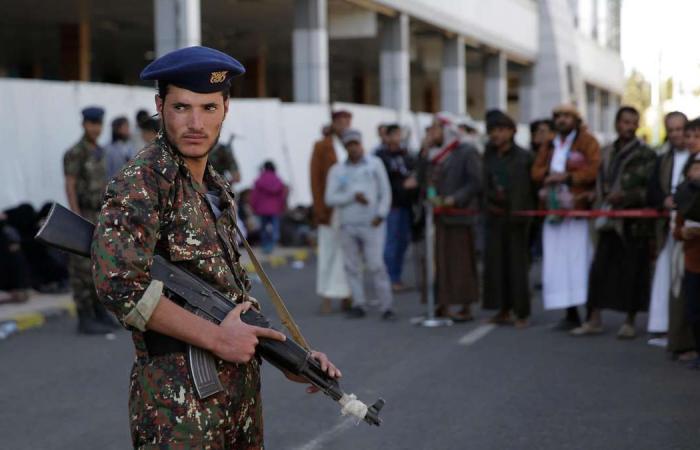 Thank you for your reading and interest in the news Houthi court begins trial for Yemeni journalists held on trumped up charges, lawyer says and now with details

Hind Al Soulia - Riyadh - A Houthi criminal court based in Sanaa started a trial for 10 Yemeni journalists allegedly held on trumped up charges without notice on Monday, Abdulmajeed Sabra, the lawyer who defends the reporters told The National.

“I was shocked when I was informed on Monday morning that the first hearing session for the 10 journalists I am defending has started, because I have been following their case on a daily basis, and a day before I asked a specialist in charge with the journalists’ case in the court about the date of the first hearing session, he told me that it is planned for next week,” the lawyer said.

“Unless the defendants insisted that I must attend the hearing session, the court would have held the session without a lawyer,” Mr Sabra added.

Mr Sabra sent an appeal to the human rights organisations, the journalists’ unions worldwide to rescue their colleagues because he expects that the ten journalists could face penalty if the Houthi court continued the fake trail.

“The ten journalists, all men, have been in the Houthi detention since 2015 for trumped up charges, they have been exposed to torture and mistreatment in the Houthi prisons,” Mr Sabra explained.

“The trial is no more than a comic play designed by the Houthis for political purposes, it is not fair at all, and kidnapping them forcibly and detaining them for more than four years is an unjustified procedure,” he added.

One of the detainees, graphic designer Tawfiq Al Mansouri, was beaten by the Houthi guards "with sticks, cables, iron bars, rifle butts, and their fists, as well as by being forced to hold cinder blocks for several hours and preventing him from drinking water for up to a day," Mr Al Masouri's brother, Abdulla Al Mansouri, told The CPJ earlier this year.

Earlier in June 2019, CPJ Middle East and North Africa Program Coordinator Sherif Mansour said in a statement that the Houthis have demonstrated their brutality by holding at least 10 journalists in what by all accounts are deplorable conditions for nearly four years.

“Journalists are not combatants and they must not pay the price for Yemen's conflict. The Houthis should immediately release all journalists in their custody,” Mr Sherif said.

Earlier in May 2019, Amnesty International said in a statement that the arbitrary detention of 10 journalists for nearly four years by the Houthi de facto authorities is a grim indicator of the dire state of media freedom in Yemen.

“These men are being punished for peacefully exercising their right to freedom of expression. The de facto Houthi authorities should release them immediately and drop all the charges against them. Journalists must be allowed to carry out their work free from harassment, intimidation or threat of arbitrary arrest, prolonged detention or prosecution,” Amnesty International added in its statement.

These were the details of the news Houthi court begins trial for Yemeni journalists held on trumped up charges, lawyer says for this day. We hope that we have succeeded by giving you the full details and information. To follow all our news, you can subscribe to the alerts system or to one of our different systems to provide you with all that is new.