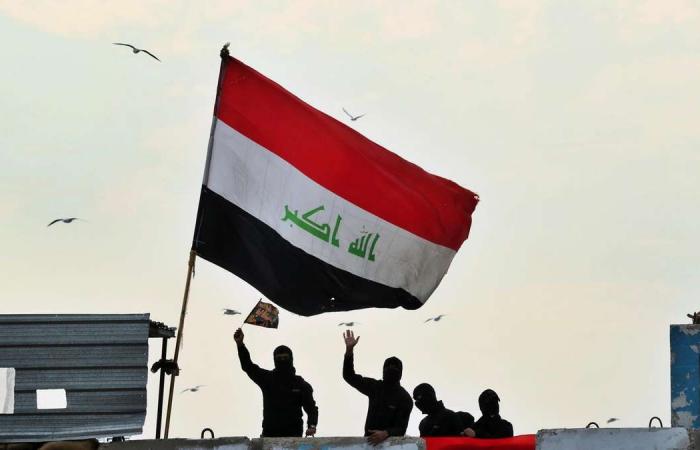 Hind Al Soulia - Riyadh - Cities in southern Iraq saw further protests and explosions on Tuesday, as demonstrations against the government and its Iranian sponsor that erupted on October 1 persist unabated, according to security sources.

Asaib Ahl Al Haq is one of the most powerful groups in Iraq's Hashed Al Shaabi security force, a network of armed groups integrated into the state, of which Ansar Allah is also a component.

Medical sources said three people were wounded by the blasts.

Founded in 2014 to counter ISIS fighters who had seized swathes of northern Iraq and neighbouring Syria, the Hashed is made up of mostly Shiite factions, many of which have been backed by Iran.

According to security sources, the attacks were committed against the groups due to their loyalty to neighbouring Iran, whose influence continues to grow in Iraq, in particular via armed groups that it has long trained and financed.

These attacks come shortly after the recent bloodshed in several Iraqi cities, the latest seeing 24 people killed, including four police officers, in central Baghdad on Friday.

Both the state and the demonstrators accuse armed men of perpetrating the violence, the former claiming that it is not possible to identify those responsible, while the latter point to pro-Iran groups.

Since October 1, Iraq's capital and its Shiite-majority south have been gripped by rallies against corruption, poor public services, a lack of jobs and Iran's perceived political interference.

More than 450 people have been killed and more than 20,000 wounded during the unprecedented protest movement demanding an overhaul of the political system.

In the holy Shiite city of Karbala, protesters rallied at the police station to demand information within 24 hours on the death of Fahem Al Tai, a 53-year-old prominent civil society activist gunned down in a drive-by shooting on Sunday evening while returning home from protests.

Others blocked access to the courthouse to demand proceedings be launched against local leaders for corruption - a key priority of the protest movement in a country ranked the 12th most corrupt country in the world by Transparency International.

In Diwaniya, also in the south, protesters demanding employment blocked the road to the Shanafiya oil refinery, according to police.

Despite Iraq being OPEC's second-largest crude producer, one in five of its people live in poverty and youth unemployment stands at one quarter of the population, the World Bank says.

Protesters from several cities in the south on Tuesday joined thousands of demonstrators gathered for more than two months in Baghdad's Tahrir Square, which is the epicentre of the demonstrations in the capital.

"We came to support our brothers in Baghdad," said an activist in the movement from Nassiriya, Haydar Kazem.

These were the details of the news Explosions hit Iraq's south as protests continue for this day. We hope that we have succeeded by giving you the full details and information. To follow all our news, you can subscribe to the alerts system or to one of our different systems to provide you with all that is new.