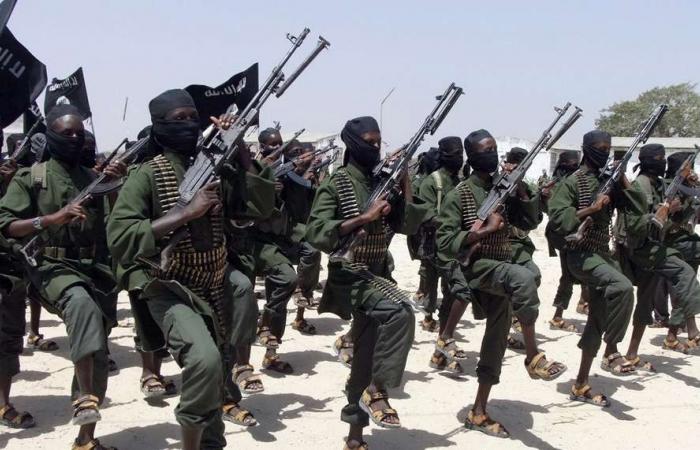 The two-hour gun battle in Mogadishu spread from the heavily fortified government complex to a nearby hotel.

They then killed the other two near the hotel’s car park after they moved close to the first gate of the compound.

The militants and troops at the SYL hotel fought with gunfire and grenades, said Ahmed Ali, a Somali police officer.

Mr Ali said 20 people, including government officials, were rescued from the hotel.

The extremist group Al Shabab claimed responsibility for the attack in an announcement on their Andalus radio station.

Al Shabab's military spokesman, Abdiaziz Abu Musab, said the fighters were inside the hotel compound near the presidential palace.

"The compound is home to enemy officials," Abu Musab said.

The attack appears to mark a change in the group’s tactics.

Al Shabab normally uses car bombs in attacks on heavily fortified targets to blow openings for gunmen to run through. But this assault was carried out only on foot.

Security officials said new security measures, including checkpoints across Mogadishu, have made it difficult for the rebels to sneak car bombs into the capital.

The militant group, which is trying to topple the UN-backed government, has attacked the SYL hotel before.

A car bomb attack on the hotel in August 2016 killed 15 people and caused extensive damage.

In February that year, 14 people were killed in an attack on the hotel and a raid in January 2015 left five people dead.

Somalia has been mired in conflict and chaos since 1991, when clan-based warlords overthrew Siad Barre's military regime.

Al Shabab, which once controlled much of the country, was forced out of Mogadishu in 2011 and has since lost most of its other strongholds.

Its fighters also regularly attack neighbouring Kenya, which has troops in Somalia.

These were the details of the news Al Shabab gunmen attack Mogadishu hotel for this day. We hope that we have succeeded by giving you the full details and information. To follow all our news, you can subscribe to the alerts system or to one of our different systems to provide you with all that is new.