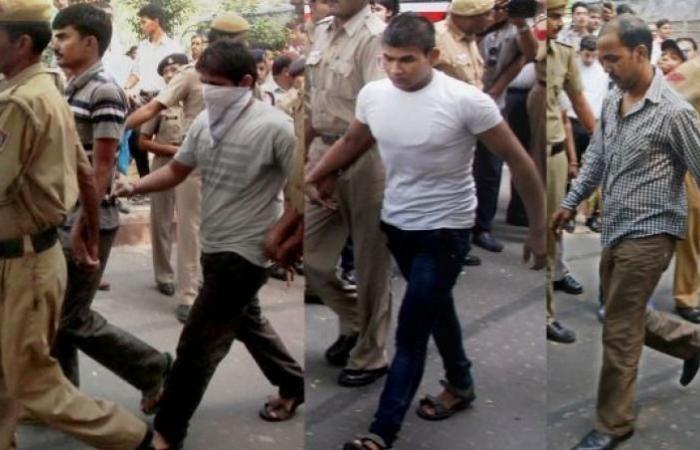 Thank you for reading the news about Nirbhaya rape case: Accused says Delhi gas chamber then why death penalty and now with the details

Aden - Yasmine El Tohamy - A 23-year-old was gang-raped and brutally assaulted in 2012.

Delhi is a gas chamber then why hand down death penalty, said Akshay Kumar Singh, one of the four convicts in the Nirbhaya gang-rape and murder case, while moving the Supreme Court seeking review of its 2017 judgement of sentencing all the four convicts to death.

"Everyone is aware of what is happening in Delhi-NCR with regard to water and air. Life is becoming short, then why death penalty," asked Akshay in the review petition filed through advocate AP Singh.

The Supreme Court on July 9, 2018, had dismissed the review pleas filed by the other convicts in the case, except Akshay who did not file a review petition. Singh filed the review plea for his client in the top court on Tuesday.

Akshay pleaded that the air quality of Delhi has deteriorated, and the capital city has literally become a gas chamber. Even the water in the city is also full of poison, the plea claimed.

A 23-year-old paramedic student was gang-raped and brutally assaulted on the intervening night of December 16-17, 2012, inside a moving bus in south Delhi by six persons. Later, she was thrown out of the bus at an isolated place. The victim succumbed to her injuries on December 29, 2012, at a hospital in Singapore.

The apex court court had earlier dismissed the review pleas by Mukesh (30), Pawan Gupta (23) and Vinay Sharma (24), ruling that no ground was established by the accused for seeking a review of the death penalty.

These were the details of the news India News - Nirbhaya rape case: Accused says Delhi gas chamber then why death penalty for this day. We hope that we have succeeded by giving you the full details and information. To follow all our news, you can subscribe to the alerts system or to one of our different systems to provide you with all that is new.

PREV The series “In therapy”, the adaptation of a worldwide success finally on a French couch
NEXT India's foreign ministry launches app to connect to citizens abroad