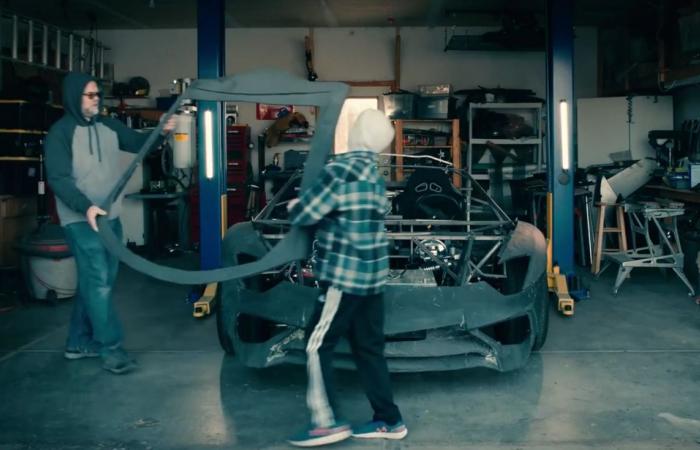 Thank you for reading the news about Video: Father, son make Lamborghini replica, get real car as gift and now with the details

A father-son duo, from Colorado, impressed car-maker Lamborghini with their replicate of Aventador model so much so that the Italian car company loaned them the car for two weeks.

Physicist Sterling Backus, 54, and his 12-year-old son Xander used a 3D printer to replicate a Lamborghini Aventador, complete with body panels an interiors. Backus said he was shocked when he got a call two months ago from Katia Bassi, chief marketing officer of Automobili Lamborghini.

They told Backus they wanted to make a holiday commercial with his family besides giving them a Lamborghini Aventador S for two weeks. Backus received the luxury car, which costs approximately $460,247, before Christmas.

"I was shaking in my boots since, it was like getting a call from the Pope and he is coming to dinner. Of course, a metaphor, but just to give (you) the idea of the gravity to me, personally," Backus was quoted as saying in CNN.

The father-son duo revealed the got the idea to replicate Lamborghini while playing the racing simulation video game 'Forza Horizon 3'. Backus revealed they took the Aventador out every day, saying 'their amazing generosity will never be forgotten'.

Backus has spent approximately $23,000 on this project, and is targeting August for a local big car show to unveil the finished project.

These were the details of the news Video: Father, son make Lamborghini replica, get real car as gift for this day. We hope that we have succeeded by giving you the full details and information. To follow all our news, you can subscribe to the alerts system or to one of our different systems to provide you with all that is new.