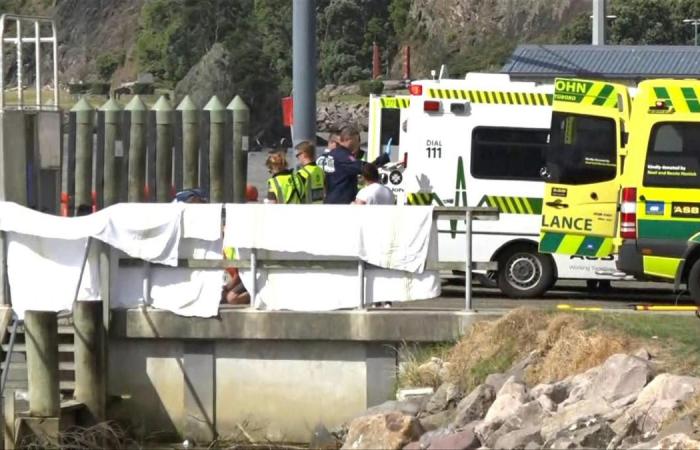 Thank you for reading the news about Heroism, devastation after deadly New Zealand volcano eruption and now with the details

Prime Minister Jacinda Ardern said five people had died and eight more were presumed dead after Monday’s eruption, while dozens of injured had been airlifted to hospitals across the country.

Among the 47 people caught on the island during the sudden eruption were tourists from Australia, the United States, Britain, China, Germany and Malaysia, as well as local tour guides.

Amid questions over why tourists were allowed to visit the volcano, police announced a criminal investigation into the circumstances of the deaths and injuries.

Ardern praised the crews of four rescue helicopters for landing on the island soon after the eruption.

“Those pilots made an incredibly brave decision under extraordinarily dangerous circumstances in an attempt to get people out,” she told reporters.

Intensive care paramedic Russell Clark was among those dispatched by helicopter to the caldera, which sits semi-submerged 50 kilometers (30 miles) out to sea.

There he found an “overwhelming” and “shocking” scene of devastation.

“We didn’t find any survivors,” he told TVNZ, remembering a dust-covered helicopter grounded with its rotor blades damaged.

“It was like.. I’ve seen the ‘Chernobyl’ mini-series and it was just everything was just blanketed ash.

“I can only imagine what it was like for the people there at the time — they had nowhere to go and an absolutely terrible experience for them.”

New Zealander Geoff Hopkins’ tour boat was leaving the island when a huge plume burst from the volcano — at what scientists said was supersonic speed — followed by a “menacing” and fast-moving cloud of grey ash.

Despite the danger, Hopkins said the boat moved closer to the shore after seeing survivors who had jumped from the island into the sea to escape.

“I don’t think there was anyone that came off who wasn’t badly burnt,” he told the New Zealand Herald, describing how victims screamed and went into shock as fellow tourist tried to tend to their blistered skin.

Top New Zealand health official Pete Watson said 27 of the 34 survivors were being treated for burns to more than 71 percent of their bodies.

“It’s important not to underestimate the gravity of the injuries suffered,” he said.

The risks were underscored Tuesday when a large-but-harmless 5.0 magnitude earthquake struck to the east of the disaster zone.

Ardern said New Zealanders were mourning alongside those from overseas tourists caught up in the disaster.

“To those who have lost or are missing family and friends, we share in your unfathomable grief and in your sorrow,” the 39-year-old prime minister said, just months after managing another national crisis during Christchurch’s deadly twin mosque attacks.

Many of the victims are believed to be Australian and Prime Minister Scott Morrison warned his compatriots to brace for the worst.

He said there were fears that three of the five dead were Australian, and another eight citizens were unaccounted for.

The Malaysian government said one if its citizens had died and two British women were confirmed to be among those injured.

The eruption at White Island — also known as Whakaari — occurred on Monday afternoon, thrusting a thick plume of white ash 3.6 kilometers (12,000 feet) into the sky.

The island in the picturesque Bay of Plenty attracts more than 17,000 visitors every year.

But the threat level at the volcano had been raised in recent days, leading to questions about whether it was safe for tour groups to visit.

New Zealand police indicated that would be one focus of their investigation.

“I can confirm now that we will commence a criminal investigation into the circumstances of the death and injuries on White Island,” deputy commissioner John Tims told reporters.

These were the details of the news Heroism, devastation after deadly New Zealand volcano eruption for this day. We hope that we have succeeded by giving you the full details and information. To follow all our news, you can subscribe to the alerts system or to one of our different systems to provide you with all that is new.