Coronavirus: Jordan emerges from one of the world's strictest lockdowns 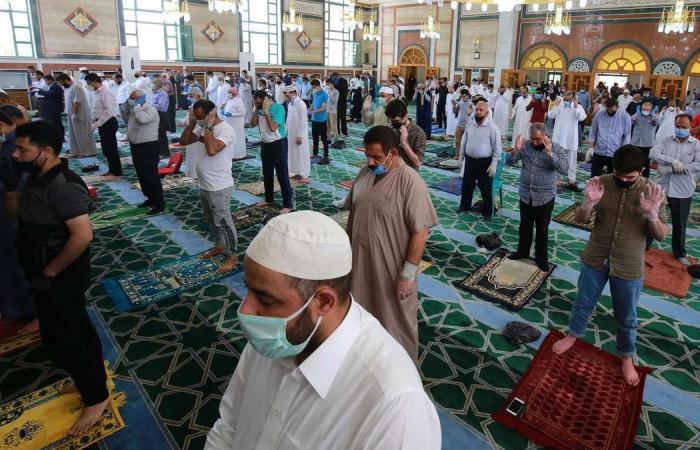 Thank you for your reading and interest in the news Coronavirus: Jordan emerges from one of the world's strictest lockdowns and now with details

Hind Al Soulia - Riyadh - Jordan officially reopened on Saturday, ending one of the strictest Covid-19 lockdowns in the world as officials declared the country at “moderate risk” of an outbreak.

Restaurants, factories, mosques and markets opened for the first time two-and-a-half months, while restrictions on movement between cities and governorates were lifted and the curfew hours reduced to between midnight and 6am.

New daily cases have been in the single digits for past two weeks, after what officials cautiously describe as a “successful” first stage of lockdown measures and contact tracing that has limited Covid-19 cases to 784, with just nine deaths, in a country where most of the 10.5 million residents live on 5 per cent of the land.

Cafes enforced social distancing rules by removing tables and limiting staff and capacity to 50 per cent, while some restricted seating to outside.

“We haven’t seen each other since the lockdown,” said Hana, 27, as she sat down with friends for a coffee and cake at a cafe in west Amman. “We are sitting outside and abiding by regulations as best we can, but we can’t live in fear forever.”

At gyms, changing rooms were locked, showers prohibited, and members obliged to wear a mask at all times and restrict their visits to one hour. Some gyms launched an online booking system for members to reserve a slot, while others even encouraged people to bring their own weights.

As public prayers resumed at mosques for the first time since March 17, worshippers returned wearing gloves, masks and carrying their own prayer rugs to comply with health regulations.

At mosque in west Amman, all copies of the Quran had been removed; placards reading “pray here” were taped in rows across the carpet to ensure worshippers remained two metres apart; and the ablution area was closed.

“Thank God, we are back in the house of God, but everything feels so different,” Khaled Waleed, 49, said as he left the mosque, still wearing his mask. “You have to plan your prayers as if you were planning a trip.”

There was heavy foot traffic at market in central Amman and near bumper-to-bumper traffic on the streets, yet few people were carrying bags or making purchases.

“It is great for things to be open, but people’s pocketbooks are still closed,” saids Mohammed Nazzal, an employee at a shoe shop.

Prime minister Omar Razzaz noted on Thursday that Jordan had avoided the fate of countries who delayed their Covid-19 response and “paid the price twice” in terms of health and economic costs. He hoped that the economy would be able to rebound quicker as a result.

However, government spokesman Amjad Adaileh cautioned in a press statement on Saturday that the kingdom would return to a partial or even a full lockdown if new infections reached double digits for seven days.

The only sectors in Jordan that remained closed as of Saturday were schools, universities, parks, amusement parks, cultural events and festivals.

Passenger flights to and from the kingdom remain suspended, with officials voicing hope of resuming between Amman and countries with “similar” low Covid-19 rates as the kingdom by late July.

These were the details of the news Coronavirus: Jordan emerges from one of the world's strictest lockdowns for this day. We hope that we have succeeded by giving you the full details and information. To follow all our news, you can subscribe to the alerts system or to one of our different systems to provide you with all that is new.