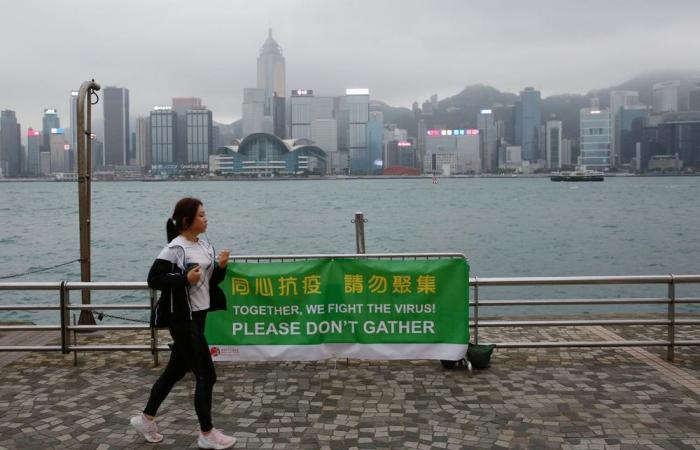 HONG KONG, June 2 — Voicing worries over a new cluster of coronavirus cases, Hong Kong decided today to keep its borders almost completely closed to foreigners until mid-September, and extended a ban on gatherings larger than eight people by two weeks.

Authorities had first announced in March that all arrivals in the Asian financial hub needed to undergo a mandatory 14-day quarantine period – a measure that has deterred all but a few foreign visitors.

Travellers from Macau, Taiwan and mainland China also currently have to spend 14 days in quarantine, though the measures for them are set to expire on July 7.

Health Secretary Sophia Chan said the decision to keep the curbs in place had been influenced by the discovery of a new cluster of nine coronavirus cases, which appeared to be locally transmitted.

The first two cases in the new cluster – a husband and wife – were confirmed on Sunday. Since then four neighbours, two of the wife’s work colleagues, and a fire department medical officer who had sent the woman to hospital have been confirmed to have been infected. None had been abroad recently.

The infected woman is a night-shift worker at a Kerry Logistics warehouse, where she labels food items imported from Britain, local media reported.

The limits on the size of gatherings prompted police to reject for the first time an application of the annual vigil tens of thousands of Hong Kong people traditionally hold on June 4 in a downtown park to commemorate pro-democracy protesters killed in and around Beijing’s Tiananmen Square 31 years ago.

The two-week extension is also likely to thwart plans for legally organising anniversary marches of the anti-government protests that started in June last year and resumed recently after Beijing announced plans to impose national security laws on Hong Kong.

These were the details of the news New virus cluster spurs Hong Kong to extend border curbs and limit on gatherings for this day. We hope that we have succeeded by giving you the full details and information. To follow all our news, you can subscribe to the alerts system or to one of our different systems to provide you with all that is new.