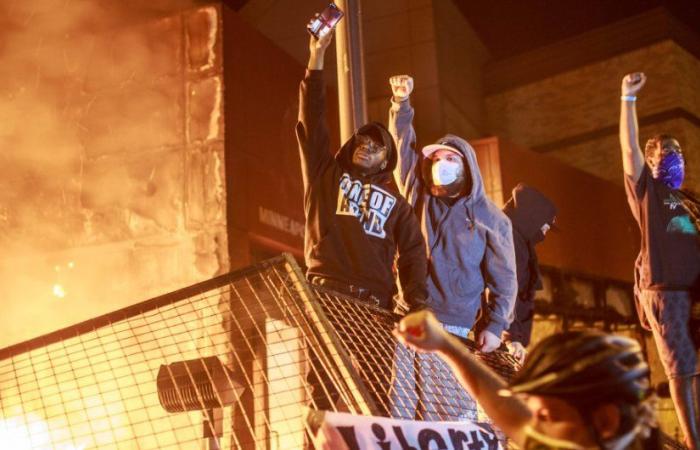 Thank you for reading the news about Minneapolis braces for more riots, arson following police killing of Afro-American George Floyd and now with the details

CHICAGO: Minneapolis exploded into riots and arson this week after an African-American suspected of handling counterfeit money was killed on Monday during his arrest by two city police officers.

Videos on social media showed an officer placing his knee on George Floyd’s neck as he was handcuffed and being restrained on the street by the kerb. The 46-year-old said that he could not breathe, but police insisted that Floyd was “resisting arrest” and had to be forcibly restrained.

The officer who was seen kneeling on Floyd’s neck was arrested on Friday and charged with murder.

Floyd was pronounced dead at the scene and his family immediately called for an independent probe.

His family turned to civil rights attorney Benjamin Crump, who said the family’s first concern was to seek an autopsy independent of the police because of a lack of trust in law enforcement and to give their deceased family member a proper funeral.

“Is it two justice systems in America?” Crump said as he addressed the media. “One for black America and one for white America? We can’t have that. We have to have equal justice for the United States of America and that’s what I think the protesters are crying out for.”

Protests spread across the country and turned violent as arson destroyed property, including the police station where the police officers were assigned.

President Donald Trump denounced the rioters as “thugs” and warned that he might send in the military “to take control.”

The media’s role in the protests came sharply into focus when, early on Friday, CNN’s Omar Jimenez was arrested along with his TV crew.

These were the details of the news Minneapolis braces for more riots, arson following police killing of Afro-American George Floyd for this day. We hope that we have succeeded by giving you the full details and information. To follow all our news, you can subscribe to the alerts system or to one of our different systems to provide you with all that is new.